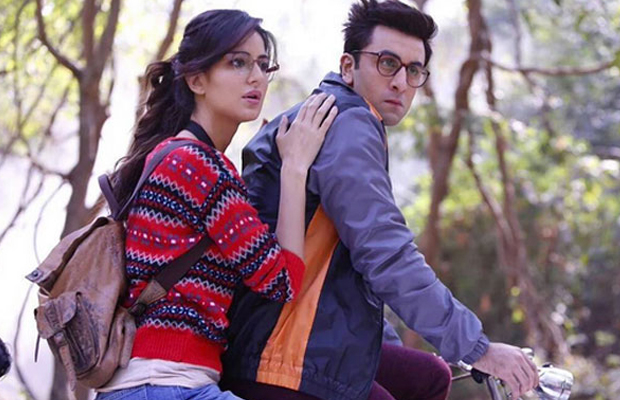 Ranbir Kapoor and Katrina Kaif starrer Jagga Jasoos, is probably one of the most delayed films. The movie was originally scheduled to be released in 2014 but due to multiple reasons didn’t see the light of the day as predicted.

There were reports that Katrina and Ranbir were not getting along while shooting for the film after the two broke up in 2016. Recently, there was a buzz that Katrina is interfering with the creative side of the film and has refused to shoot a kissing scene with Ranbir for the film. We still have to wait and watch if the two ex-lovers do promote the film together or not.

This musical drama, which was being filmed the longest time, has finally wrapped up. The release date is out.

Initially, the trailer of the movie was out with the release date as April 7. But clearly it didn’t release then. Now, Pinkvilla has reported that Jagga Jasoos finally has a release date and it is July 14, 2017.

But, there are three other movies that are scheduled for a July 14 release which includes Saif Ali Khan’s Chef, Shraddha Kapoor’s Haseena and Sridevi’s Mom.

The leads of the film have been juggling between two film shoots. Ranbir Kapoor is busy with Rajkumar Hirani’s next film which is a Sanjay Dutt biopic where Ranbir will be seen in six different looks in the film. On the other side Katrina Kaif is shooting for her other movie Tiger Zinda Hai opposite Salman Khan. They were recently in Austria where they shot for the first schedule.

Finally some good news for this Anurag Basu movie!