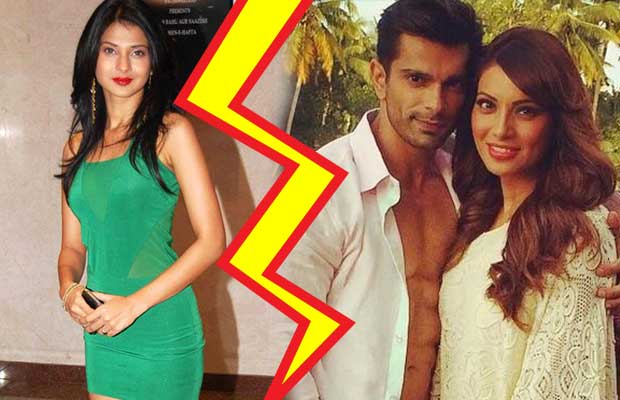 Karan Singh Grover and Jennifer Winget were the most sought after couple of the television industry. The Dill Mill Gayye stars Jennifer and Karan were applauded for their undying chemistry and still have loads of fans. The two television actors Jennifer and Karan kissed the heights of success when their on screen love transformed into real life romance. The two love birds soon got hitched and Karan Singh Grover parted ways from his ex-wife Shraddha Nigam.

Well, not all was rosy between Jennifer Winget and Karan Singh Grover, after a mushy love story the two celebs soon started having problems and have now decided to separate. Karan Singh Grover as we all know is making headlines every now and then for his closeness with actress Bipasha Basu. The two stars are spotted at exotic holidays and dates very often.

Even after much gung ho about Karan and Bipasha, there has been no comment from Jennifer Winget all this while. The beautiful television actress Jennifer decided to stay mum on her relationship status and also did not disclose her marital problems.

Finally, after Karan Singh Grover and Bipasha Basu have almost accepted their relationship status with adorable stints towards each other, Jennifer Winget has finally given her opinion on the same. Jennifer took to the micro blogging site Twitter and posted a message. 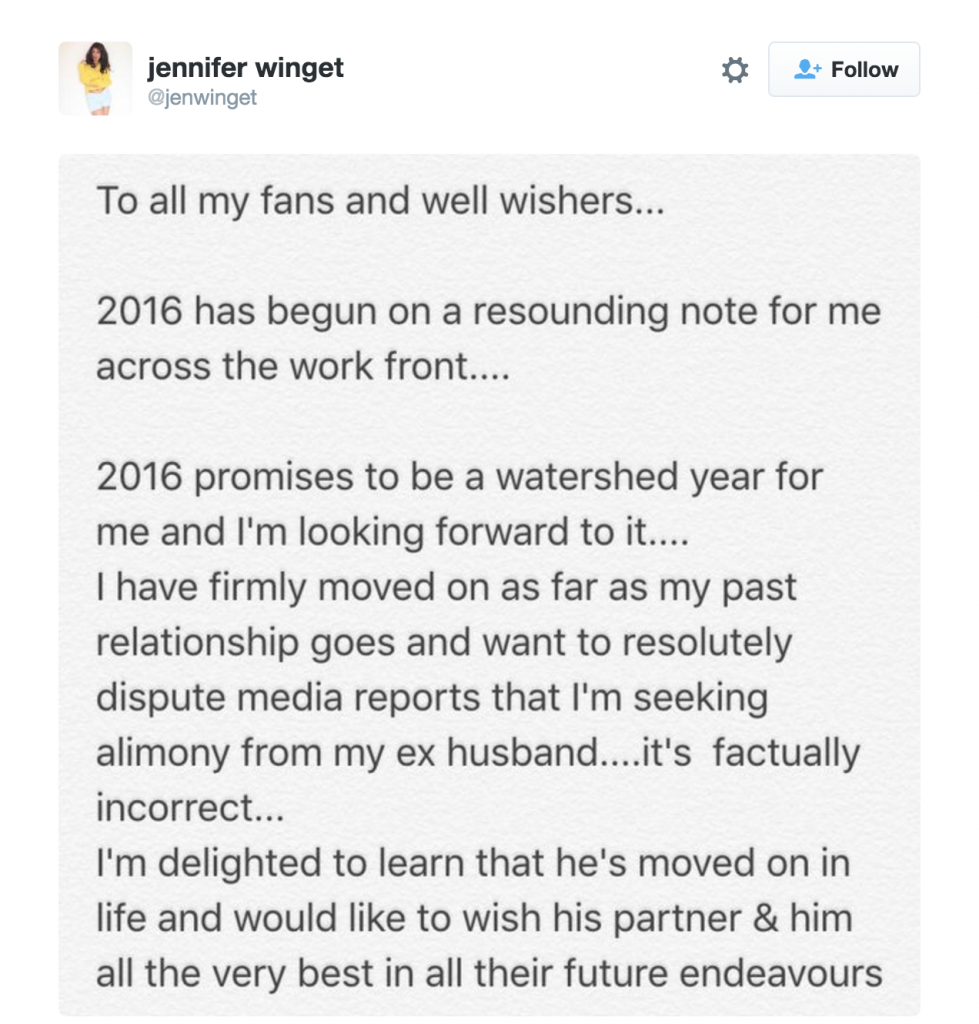 Jennifer not only suggested that she is over from her past relationship, but also said in the post that she has not demanded any alimony from Karan Singh Grover. Several reports stated that Jennifer had demanded a pricey alimony from KSG. The Dill Mill Gayye star said that none of the reports are true. Further, Jennifer Winget went a step forward and also wished Karan Singh Grover and Bipasha Basu all the best in their future endeavors.

Well, must say, Jennifer Winget is one star who refrains from getting into any war of words as far as her personal life is concerned.