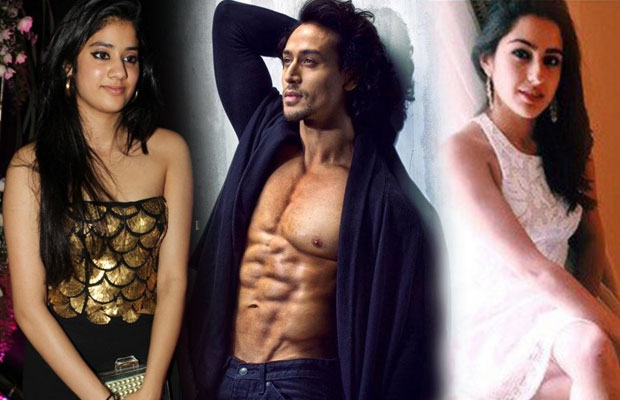 After much of speculations, Karan Johar decided to reveal the good news. He tweeted, “It’s OFFICIAL….Directed by Punit Malhotra STUDENT OF THE YEAR 2 ( SOTY2) with TIGER SHROFF @iTIGERSHROFF.” 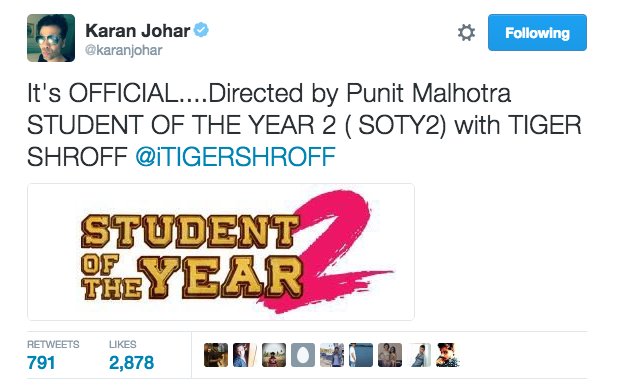 Well, the makers are looking forward to recreating the magic and success of the first instalment that starred Varun Dhawan, Alia Bhatt, and Sidharth Malhotra in leads. It is expected that Karan is going to launch new star kids with the sequel of SOTY. Yes, according to reports, Karan is planning to launch new faces alongside Tiger Shroff in the film.

Karan Johar’s ‘Student Of The Year’ sequel is expected to see another set of star kids on the block. Sridevi’s daughter Jhanvi Kapoor is also in the news for starring in the sequel. The gorgeous star kid Jhanvi is already a hit on the social networking sites.  In fact, Karan is meeting the Sridevi for the same.

On the other hand, Saif Ali Khan’s daughter Sara Ali Khan is also kept in the mind. Sara, who completed her studies earlier this year, might also be a part of the film. However, no confirmation regarding the same has been made yet.

The celebrated filmmaker is a Midas touch for all debutantes and it seems, this time, Saif Ali Khan’s daughter Sara Ali Khan and Sridevi’s daughter Jhanvi Kapoor can be lucky girls!  Alia Bhatt, Sidharth Malhotra, and Varun Dhawan bagged a successful platform with Karan’s ‘Student Of The Year’ and the similar is expected from the sequel.

So, who do you think will make a pair the best opposite Tiger Shroff in the film? Share your choices in the comments section below.