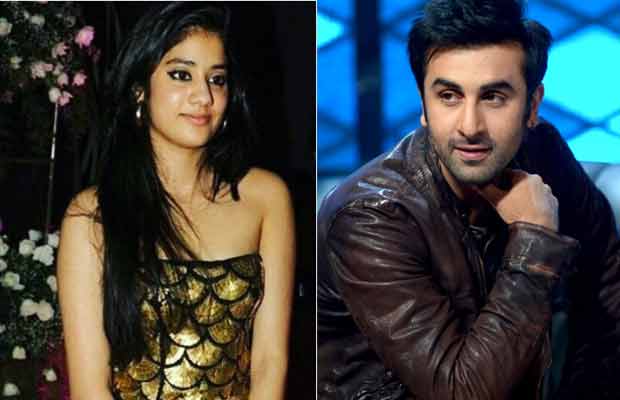 Jhanvi Kapoor is bothered with the news that she was presumably ‘stalking’ the actor at a recent party.

Veteran actress Sridevi’s daughter Jhanvi Kapoor has become used to making headlines even before she debuts in Bollywood. A few days back, the star kid attended a party and from then rumours have been rife that Jhanvi had followed Ranbir Kapoor all around the venue during the party. It was reported that Ranbir had greeted the actor casually and a totally smitten Jhanvi blushed which confirmed her rumoured crush on the actor. People in the party speculated that Jhanvi was desperately trying to grab the 34-year-old actor’s attention.

Jhanvi is very upset regarding this news, says Sridevi. Recently, during an interview, Sridevi was asked whether this news bothers her daughter. The actress answered, “Yes, recently, she got very upset with some rumours. She was lying on the bed, sulking. I went up to her and told her, ‘Welcome to this world. Be ready for this if you have chosen this as a career.’ Somebody mentioned in the papers that she was constantly following someone at a party. She was like, ‘I was with Gauri (Shinde) aunty. How could they write this when it is not true?’ That entire day she spent at home, she didn’t even attend her class. She was upset.”

It is a pity that the star kid has to face so many problems even before she enters Bollywood, but that’s the life in B-Town. On the work front, Jhanvi will be making her debut with ‘Student Of The Year 2’ and has signed a three-film deal with Karan Johar’s Dharma Productions. Meanwhile, Sridevi is busy promoting her upcoming movie ‘Mom’, which is slated to release on July 7.