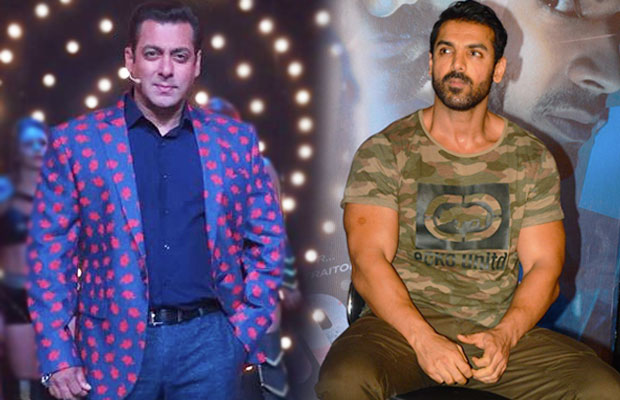 John Abraham and Sonakshi Sinha have been on a promotional spree. The duo are doing the rounds to promote their upcoming film Force 2. They have visited quite a few reality shows together. They have visited The Kapil Sharma Show, Comedy Nights Bachao Taaza, Super Dancer.

Now according to sources, Sonakshi Sinha will be making a solo appearance on Salman Khan’s show Bigg Boss 10. Shocking, John would not be part of this promotion?

Well, In 2006 during the Rockstars concert Salman and John had a fall-out. But they patched up as John appeared on Bigg Boss 5 with Akshay Kumar and Salman Khan hosting it.

However, last year, again things went sour between John and Salman when Dabangg Khan’s Hero was clashing with Welcome Back starring the former. John had tweeted saying Welcome Back would release on September 4, and two days later Salman tweeted, “Back off. Hero coming on September 4.” Eventually, Welcome Back shifted to September 11.

Now we really wonder if that’s the reason John is avoiding promoting Force 2 on Salman Khan’s Bigg Boss 10. It’s all the more surprising because the channel on which the show is aired belongs to Viacom 18, which has also produced the film!

The film will feature John as ACP Yashvardhan who teams up with RAW Agent KK played by Sonakshi Sinha to bring down a master mind terrorist Shiv (Tahir Raj Bhasin).

Presented by Viacom18 Motion Pictures in association with Sunshine Pictures Pvt.Ltd. and JA Entertainment Pvt. Ltd, Force 2 produced by Vipul Amrutlal Shah and John Abraham, directed by Abhinay Deo, is all set to release on 18 November, 2016.