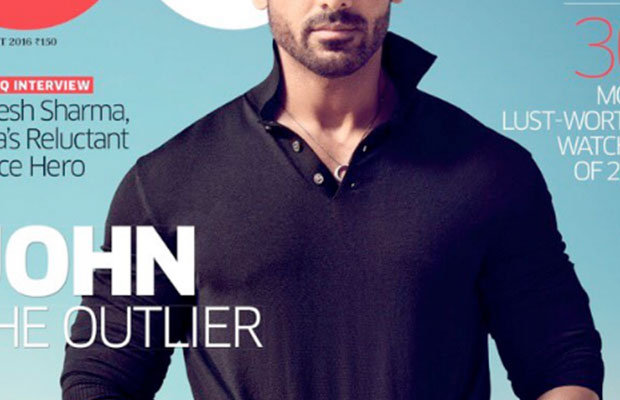 [tps_footer]John Abraham is in full form this week. The actor’s last release Rocky Handsome was well appreciated. Also, his latest release Dishoom released this Friday and it has also received acclaims. The handsome actor is not only known for his movies, stunts, and actions scenes, he is one of the good-looking actors with the best physique in the industry. Well, his latest picture in the GQ magazine will say why it is so!

John is seen on the cover of the August edition of GQ magazine. The actor is standing tall wearing black outfit and looks a complete stud. The New York actor took to his Twitter to share the image of his magazine cover pic. 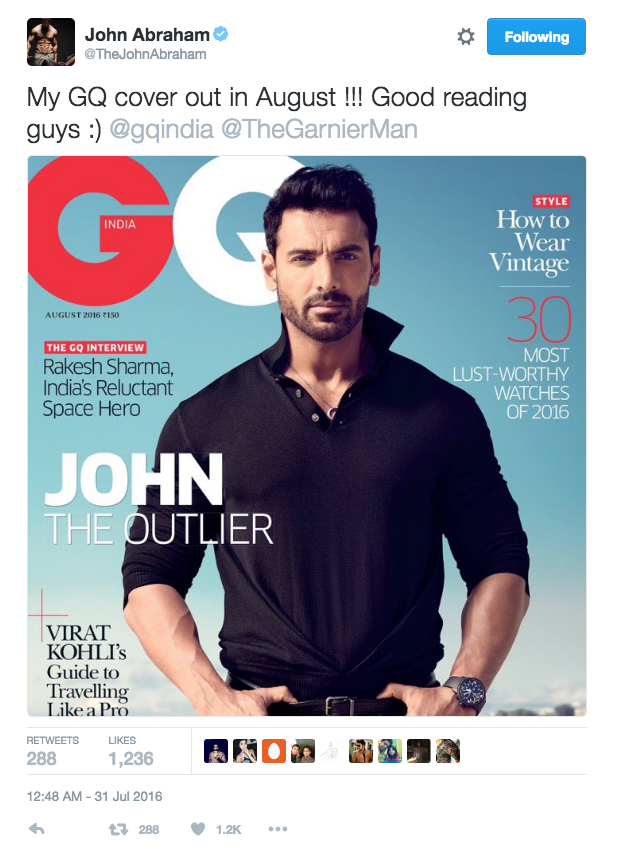 Well, we can say that John’s photo can make his fans drool over him. On the professional front, the audiences’, as well as the critics, have adored his latest release Dishoom. According to Box office analyst Taran Adarsh, the film collected approximately 37.32 crores at the box office. Dishoom also stars Varun Dhawan and Jacqueline Fernandez in vital roles.[/tps_footer]