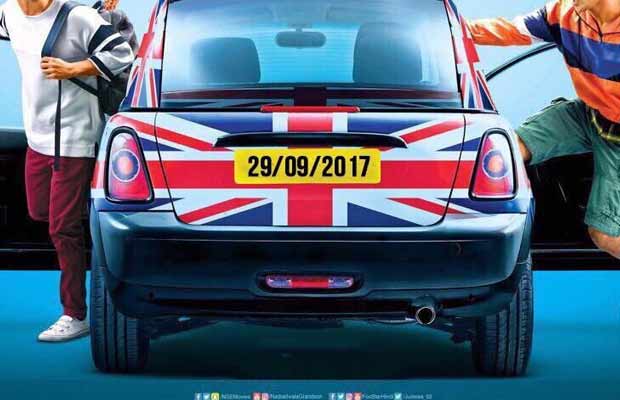 Bollywood actor Varun Dhawan recently wrapped up the shooting of his much-talked upcoming film, Judwaa 2 and his fans just can’t wait for the trailer.

The handsome hunk Varun Dhawan has geared up to step into Salman Khan’s shoes for his upcoming film Judwaa 2. When the film was announced, it looked like it won’t be a piece of cake for Varun Dhawan to fit in the character played by Salman Khan in Judwaa. However, with each passing day and pictures from the sets proved it all wrong. The dapper has prepped up hard for his double role in the film.

In one he looks serious and intense, while on the other Varun looks cool and care free. This is going to be two characters Raja and Prem that was previously portrayed by superstar Salman Khan. The poster is quite colourful, funky, quirky and is already leaving us excited for the trailer.

Also, its David Dhawan’s 62nd birthday today, and so Varun Dhawan decided to treat his fans with the new poster of the film ahead of the big trailer launch, which is happening on August 21.

Jacqueline Fernandez shared it well on her twitter handle and wrote, “Double masti this Dussehra!!”

Well, Judwaa 2 also stars glamorous girls Jacqueline and Taapsee Pannu. The film will also have a cameo of Salman Khan who starred in the original Judwaa (1997). Judwaa 2 produced by Sajid Nadiadwala and helmed by David David. The film is slated to release this year 29th September.

Watch Video : Varun Dhawan’s Funny Moment In Front Of Media And Fans Will Make You Laugh