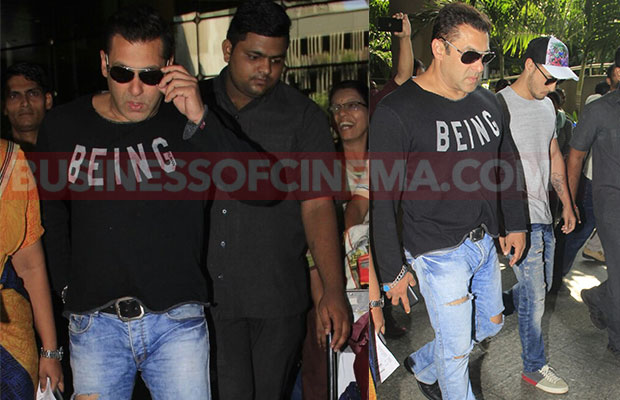 Bollywood actor Salman Khan has finally landed to Mumbai after wrapping up the Manali shooting schedule of his upcoming film Tubelight. Wearing Being Human black tee with ripped denim, Salman Khan made a Dabangg entry at the airport.

After hectic shooting schedule of his film Tubelight in Manali, Salman Khan has no time to rest as the actor will begin with the shooting of Bigg Boss 10. The much awaited controversial reality show Bigg Boss 10 is just 3 days away and the makers of the show have geared up for the grand premiere night, which will be held on October 16 at 9pm.

Well, now that Salman Khan is back to Mumbai, the actor will prep for Bigg Boss 10. This season is going to be undoubtedly grand and like never before as the show will witness common people along with celebrities in the house for next 3 months.