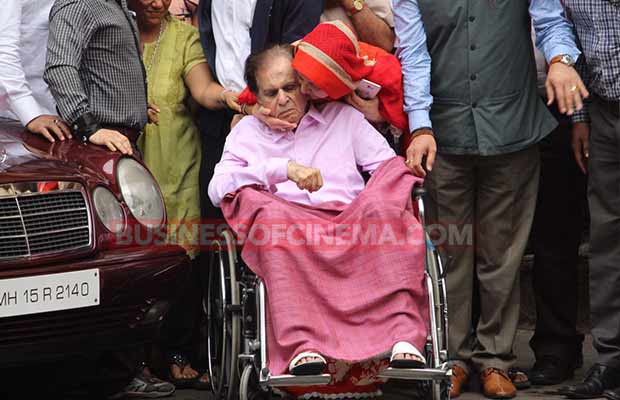 The veteran Bollywood actor Dilip Kumar was admitted to the hospital for a week due to health issues!

The veteran Bollywood actor Dilip Kumar will turn 95 this year, on December 11. Due to his old age, the actor has not been keeping very well these days. It was last week on Wednesday only when he was rushed to a hospital in Mumbai.

But to the happiness of his family, friends and well-wishers, he has finally been discharged from the hospital. He is now headed back home.

While talking to the media, his wife Saira Banu said, “He is very good. It was like a nightmare. This has been a miracle. I thank god for all the good things. All the fans, doctors, everybody wished for his good health and God heard. I can’t tell you how grateful I am. This was a terrible thing which happened all of a sudden. He is perfectly fine now. He is eating and also talking slowly. God willing he will be alright soon.”