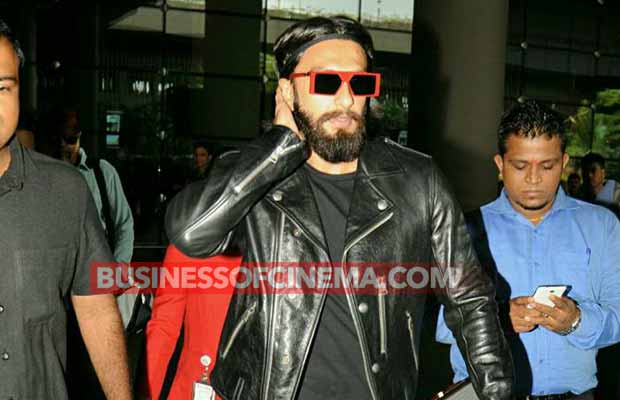 Ranveer Singh doesn’t disappoint his fans at the airport as he was returning from London.

The Bollywood actor Ranveer Singh is known for his crazy yet cute nature in Bollywood. Having an amazing amount of fan following, the star never misses to meet and greet his fans and followers.

The actor was back in the town after finishing his visit to London. He was there to attend the UCL final match at the Cardiff Stadium.

While returning, at the airport he bumped into some of his fans, who were extremely excited and thrilled to see the superstar. To their happiness, Ranveer did stop at the airport for some time to greet his fans. He halted for a few autographs and photographs and then left the place.

He was looking very cool as usual in an all-black look, except for his red framed glasses. He was spotted wearing a black t-shirt paired with black bottoms and formal shoes. He was also carrying a leather jacket with his hair pulled aback by a hairband.