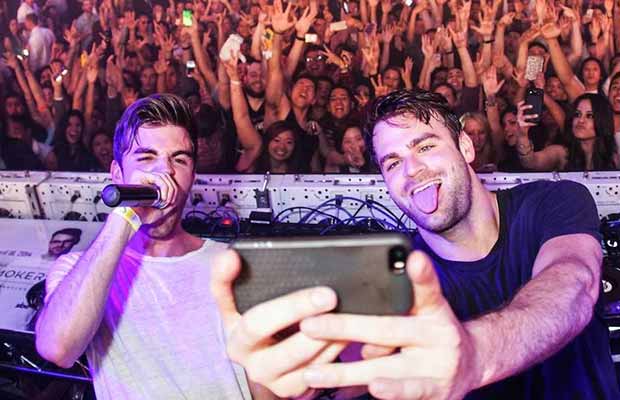 ULTRA WORLDWIDE – the world’s biggest independent festival brand – will be making its long-awaited foray into the Indian sub-continent this September with two Road To ULTRA Shows in Mumbai and New Delhi, on the 7th and 8th September, respectively.

Headlining both shows, Road To ULTRA India will feature one of the most sought-after electronic-pop duos in the world, The Chainsmokers. Armed with multiple chart-topping hits including Closer, Don’t Let Me Down, Paris, Roses, All We Know and many more, their debut album, Memories…Do Not Open charted at #1 on the US Billboard 200, US Top Dance/Electronic Album & UK Dance Albums (OCC).

The Chainsmokers will be accompanied by a plethora of dance music stars including:

One of the fastest rising stars in dance music, famed for his genre-defying sets including Trap, Dubstep, Future Bass, Hardstyle & Electro House influences, Slushii is a firepower personality on stage. Expect to hear multiple hit songs in the form of Twinbow, Catch Me, So Long, Emptiness and many more.

At just 20 years old, this young music producer plays a smashing brand of dark and sinister techno. Signed to deadmau5’s Mau5trap imprint, and with an 8-track album titled Mass Manipulation due for release on August 4th, she is one of the most promising talents on the international dance music scene right now.

One of the finest Dutch DJs & Deep House music producers, Sam Feldt was crowned the “modern house superstar” by Billboard. His song, Show Me Love charted across many countries with Gold certifications and his tracks frequently chart on Billboard Dance/Electronic songs & UK Singles chart.

One of the finest American DJ duos based out of Los Angeles, Lost Kings gained millions of streams for their debut track, Bad. They have provided official remixes for Rihanna, Imagine Dragons, Krewella and Halsey, and incorporate Progressive House, Melodic House & Bass House into their sets.

The French Progressive House DJ has performed at numerous ULTRA events around the world.

As well as top tier talent, fans can expect cutting-edge stage production, world-class visuals, lighting, cryogenic and pyrotechnics, these two Road To ULTRA shows are brought to India for the first time by ULTRA Worldwide and Percept Live.

Road to ULTRA Mumbai and Road to ULTRA New Delhi are two of an incredible EIGHT individual events that ULTRA Worldwide will host in Asia throughout the month of September. For the full calendar of remaining ULTRA events in Asia, see below. For all ULTRA Worldwide dates, head to www.umfworldwide.com

Tickets go live on 9th of July and can be purchased on www.bookmyshow.com with tickets starting from INR.2000 across categories including Silver, Gold, Platinum and Diamond.