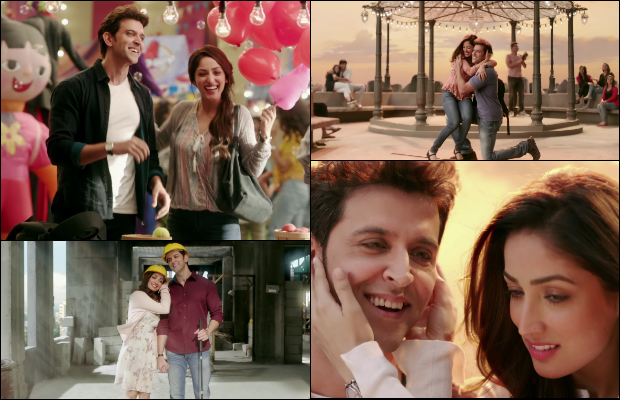 The music video of Kaabil’s first song, Kaabil Hoon is here and we just can’t stop being awestruck by the cutely portrayed romance, the two blind playing characters Hrithik and Yami have shown.

We bet that the Kaabil actor Hrithik Roshan’s fans must have had their hearts stolen after listening to the song. The melodious song flows in the voices of Jubin Nautiyal and Palak Mucchal beautifully and the poetic lines of Kaabil Hoon are given by Nasir Faraaz.

The cute romance of blind love birds Hrithik and Yami adds a cherry on the cake. Well! The fresh pair seems to just give a small glimpse of what they look like in the movie and that sets us to a state of excitement for watching their sugary romance in the film.

Kaabil Hoon has been pictured well and the music is astonishing. It’s soulful and magical and promises to rule the musical charts in 2017. The fun moments will melt you heart and the moment when Hrithik proposes to Yami will make you feel like those fairy tales you’ve heard of.

Talking about Kaabil now, Hrithik Roshan and Yami Gautam play a blind couple in the film. A tragedy strikes in the story for which Hrithik goes out to seek a revenge in the film.

Directed by Sanjay Gupta and produced by Rakesh Roshan, the film will roll out on screens on January 25, 2017.