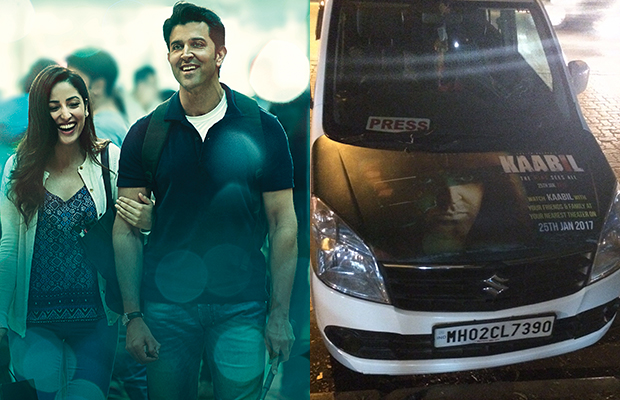 Hrithik Roshan not only celebrated his birthday this month (January 10th) but will also complete 17 years in the film industry on January 14th with his debut film, Kaho Naa…Pyaar Hai in addition to the release of his film Kaabil.

Celebrating his birthday with the team of Kaabil, followed by a get together with close friends and family, there was a surprise in store for Hrithik Roshan.

The superstar’s fans could barely control their excitement for the triple celebrations that were in order and thus began the inflow of birthday wishes. Starting off with a huge crowd assembling outside his Juhu residence waiting to get a glimpse of their idol and hampers and flowers galore delivered to him, some of his fans took it up a notch and got their cars and bikes plastered with the posters of Hrithik Roshan’s film Kaabil!

We’ve all heard of fans and their crazy stories but to drive around in your car with your favourite actor’s poster plastered on it, now that’s some serious fandom!

Produced by Sanjay Gupta and directed by Rakesh Roshan, Kaabil stars Hrithik Roshan & Yami Gautam and will release on the 25th of January 2017. 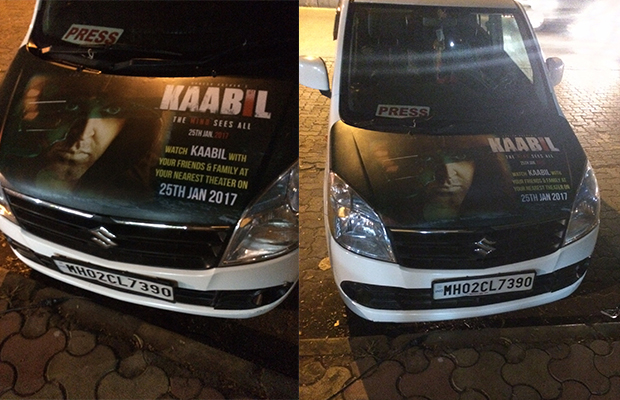