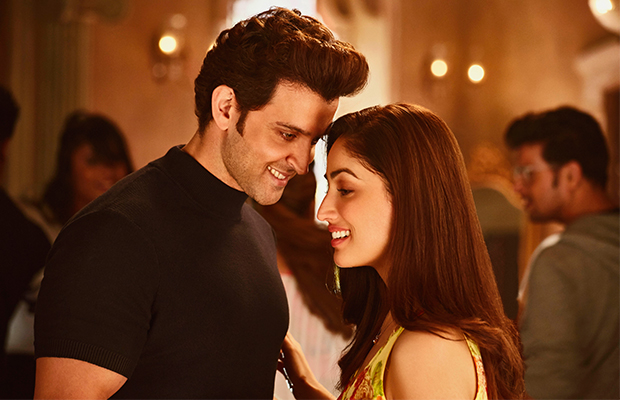 Rohan Bhatnagar (Hrithik Roshan) meets Supriya (Yami Gautam) on a “blind date”. There is an obvious pun in there when both the characters are obviously visually impaired. Anyway, the date goes very well and one song-and-dance and after a mini panic attack (when they lose each other in a crowded mall), they get wed. Rohan and Supriya live in a seemingly gentle colony with personable neighbours, barring one. Amit (Rohit Roy) is a lout and as the brother of the local politician (Ronit Roy). He’s used to flexing his muscles and getting away with anything. Amit takes a shine to Supriya and, along with his friend, takes advantage of her disability by raping her, knowing he will get away scot-free.

The injustice and ignominy are too much to bear for the husband and wife, but more so for Supriya who decides to end the humiliation once and for all.

This sets up Rohan on his path for revenge. Gautam’s exit from the story is no real loss as her performance is rather dull. Plus there’s no palpable chemistry between her and Roshan. With stereotypical characters striding around him – from the corrupt cops to the evil men behind the crime – it’s up to Roshan to light up the screen and save the day. And he does. As he navigates unknown spaces with the aid of a stick or maps the site of a cleverly plotted attack or mourns loneliness after the loss of his wife, he hits his surefooted and sincere.

Director Sanjay Gupta has always enjoyed the big action set pieces and Kaabil breaks out of it’s fake cardboard environment during three or four of those. They are bloody, brutal and there’s no quandary about where your moral compass is meant to be positioned. Good must root out evil, especially if the system lets you down. In other words, it’s okay to take the an-eye-for-an-eye route. This is problematic in itself but then Hrithik Roshan brings such pathos to Rohan that you can overlook the script flaws and give Kaabil a chance.