Bollywood actor Hrithik Roshan made a surprise visit to a suburban movie theatre to catch live reactions of the audience on his recently released film Kaabil. 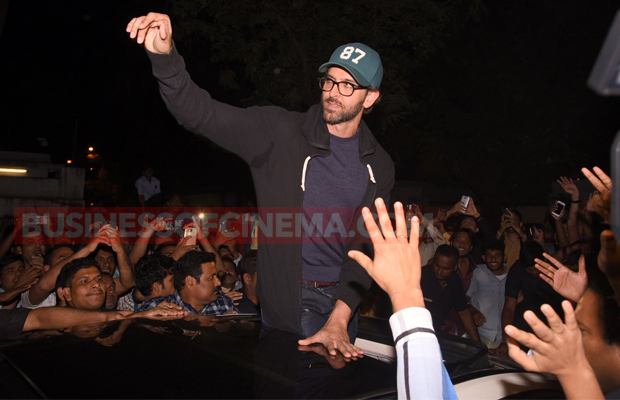 Looking all cool and dashing, Hrithik Roshan clicked as he arrived in Chandan cinema to catch the live reaction of the audience. 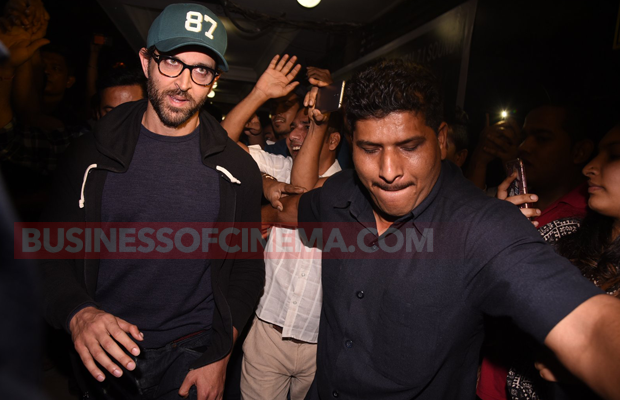 Hrithik Roshan’s Kaabil is receiving a huge response from the audience as well as from the critics. 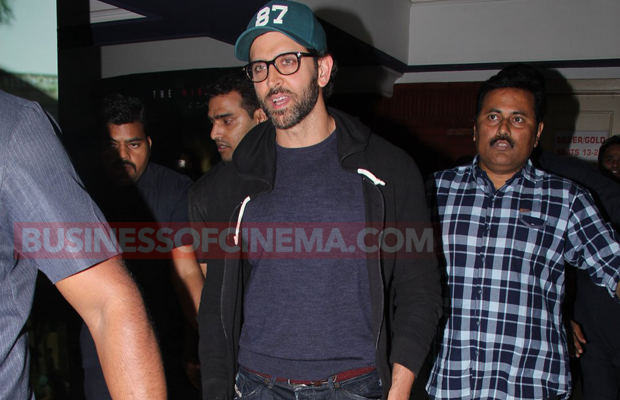 Seeing Hrithik Roshan among themselves, the crowd at the cinema went hysterical and it was pure madness. 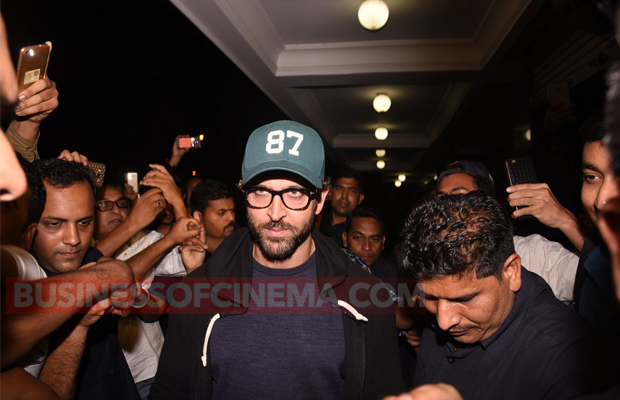 Hrithik Roshan also addressed his fans and thanked them for all the love through the sunroof of his car. 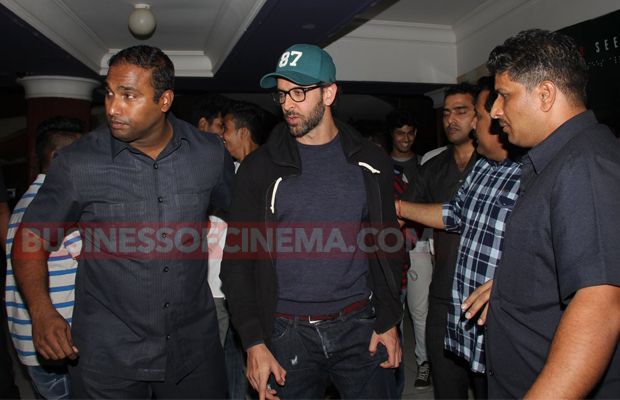 Hrithik Roshan’s Kaabil had a decent start at the Box Office but showed a huge jump of 90% on day 2. 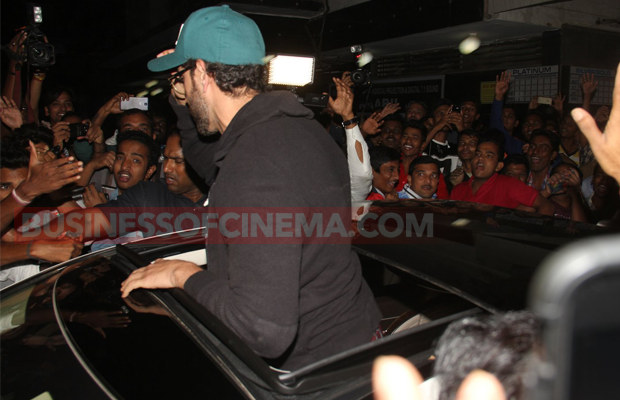 Sharing his feelings on twitter, Hrithik wrote, “When I started d Chandan tradition with kaho na pyaar hai. Nobody noticed in d dark. Thank U cellphone flashes. Today was brighter.” 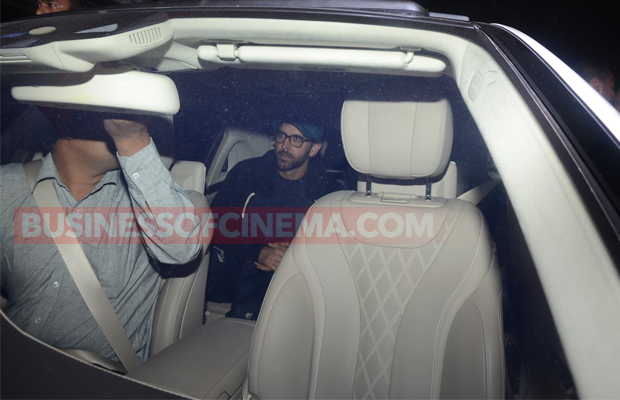 Overwhelmed with Kaabil response, Hrithik Roshan took the moment to catch the live reaction of his film, which gave him another reason to smile. 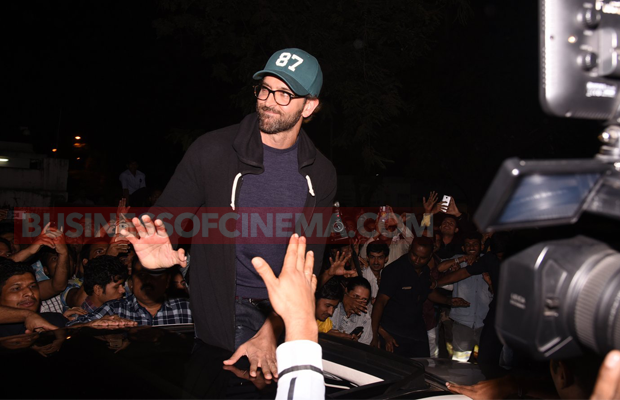 Directed by Sanjay Gupta, Kaabil is a story of a blind man, who sets out to avenge the murder of his girlfriend.