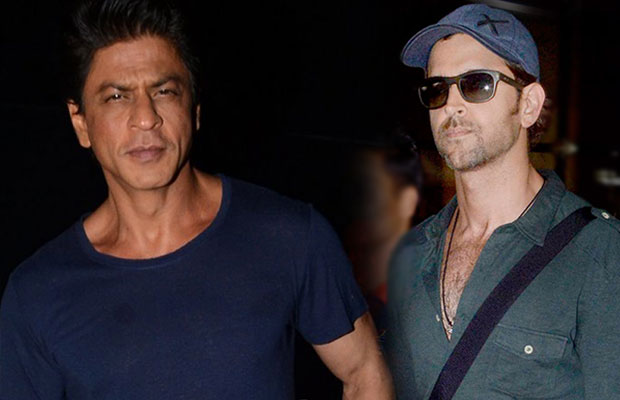 [tps_footer]Shah Rukh Khan visited Rakesh Roshan recently to discuss the release dates of the films ‘Raees’ and ‘Kaabil’. Both the star-studded films are releasing on the same date i.e. January 26th, 2017. SRK is in no mood to share his release date with any other film and therefore he had a conversation with Rakesh Roshan so as to avoid the clash between the two films.

It was being said that one of the films will change its release date to avoid the box office battle. ‘Raees’ is one of the most awaited films featuring SRK in the main lead. The film was going to release in this year itself but in order to avoid a clash with ‘Sultan’, the superstar postponed the same.

On the other hand, ‘Kaabil’ stars Hrithik Roshan and Yami Gautam in main leads. The film is helmed by Rakesh Roshan. The movie is the story of a blind man who is out to seek revenge. The film is now going to clash with ‘Raees’.

Seems like, Shah Rukh Khan’s efforts to avoid the clash have been futile and Rakesh Roshan has clearly said a no to change the release dates. Roshan is adamant on the fixed release date and will not alter it by any chance.

It is now clear that ‘Raees’ and ‘Kaabil’ will clash at the box office. Things can still take a turn if King Khan decides to postpone the film. But Shah Rukh Khan postponing the film seems unlikely as the film has already been delayed much.

Well, it will be an interesting box office war to witness! [/tps_footer]