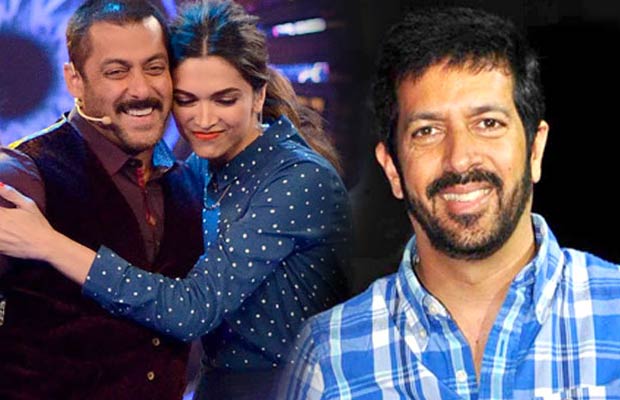 [tps_footer]Each and everyone is talking about Salman Khan and Deepika Padukone coming together for Kabir Khan’s next that will release on Eid next year. While director Kabir Khan is yet to make an official announcement on the same, speculations are already rife regarding the plot and title of the film.

While the duo will actually pair up for Kabir’s next or no is a question, the director himself took to his twitter handle to speak up about the same and the ongoing speculations. He tweeted, “All that is being written about my next with @BeingSalmanKhan is media conjecture. Wait for our formal announcement.” 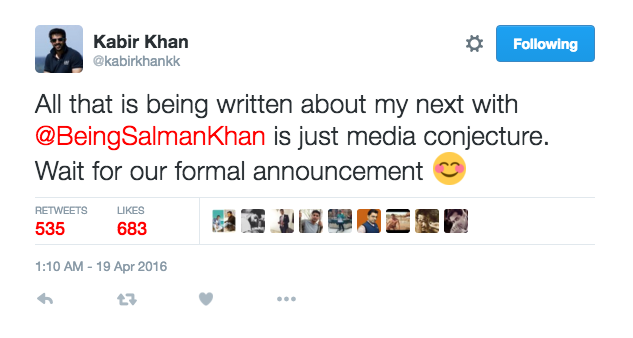 Reportedly, it was earlier Hrithik Roshan who was supposed to be a part of Kabir Khan’s next film but for most obvious reason Salman was chosen. Also, it remains as a question to see if Deepika Padukone will actually feature opposite Salman Khan or no.

Meanwhile, the recent buzz about the film is that Deepika has put up a condition in front of the director before accepting this offer. Reportedly, Deepika has signed a film on a condition if Kabir Khan will give her meaty role opposite Salman. Reports are also doing rounds that film has been titled as ‘Majhdhaar’ and much more. Well, it’s way too early to guess about the same and also director Kabir has trashed all the speculations, which means fans have to wait a bit more to get an official confirmation.