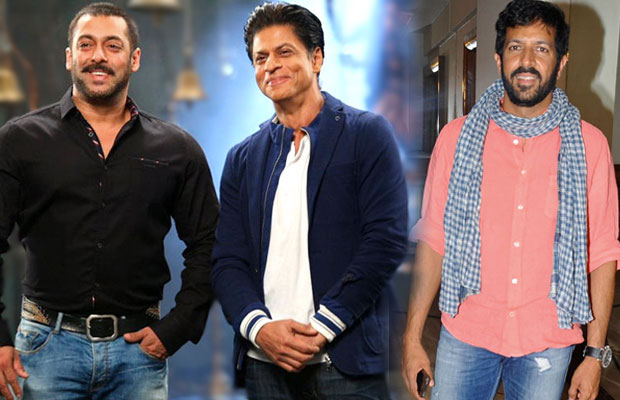 Filmmaker Kabir Khan confirms that Shah Rukh Khan making a cameo in Tubelight is merely a rumour. Reports said that the actor was approached for a special appearance in the film. This film stars Salman in the lead.

When asked about this, Kabir said, “When I’ll get to know I’ll let you know… But for now, all these are just rumours.”

Tubelight will mark the third collaboration of the actor-director duo. They have previously worked on Bajrangi Bhaijaan and Ek Tha Tiger. Tubelight also stars Chinese actress Zhu Zhu.
The movie will hit the box office on Eid next year. Kabir was speaking at the launch of Vivo V5 about the recent demonetization move of the government.

When asked if the move by the government is affecting film business, he said, “I think it is affecting daily life, going to a film is part of daily life. The fact that there are fewer notes available in the market, people are not able to get their hands on 100, 500 rupee notes so it is definitely a problem.”