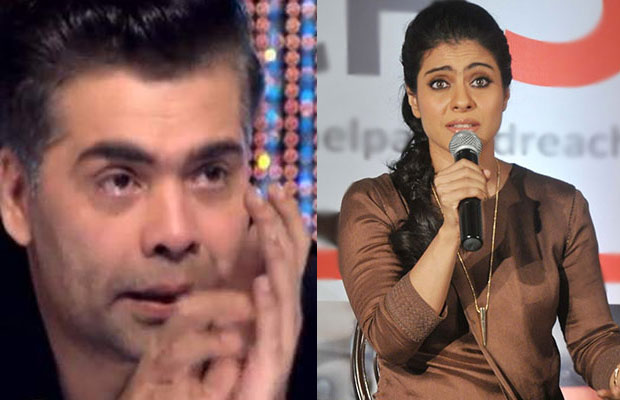 It was reported that their friendship got affected after the Ae Dil Hai Mushkil vs Shivaay infamous controversy.

The rift began when Kajol‘s husband Ajay Devgn made allegations on Karan Johar that he had bribed Kamaal R Khan to tweet negatively about Shivaay, to strengthen Ae Dil Hai Mushkil’s position. Kajol took her husband’s side and retweeted her husband’s tweet with only one message – “Shocked.”

Karan, in his autobiography, An Unsuitable Boy, has opened up about his relationship with Kajol and finally said that Kajol “can never come back” to his life. Karan quoted, “I wouldn’t like to give a piece of myself to her at all because she’s killed every bit of emotion I had for her for twenty-five years.”

In another section, he writes, “That tweet validated the insanity, that she could believe I would bribe someone. I felt that’s it. It’s over. And she can never come back to my life. I don’t think she wants to either. I never want to have anything to do with them as a unit. She was the one who mattered to me but now it’s over.”

Now, Kajol finally reacted to all the claims KJo made during the launch of his biography An Unsuitable Boy. During an event she said that she thinks relationships are generally difficult, nothing to do with Bollywood, but wouldn’t like to comment anything on what happened with Karan Johar.