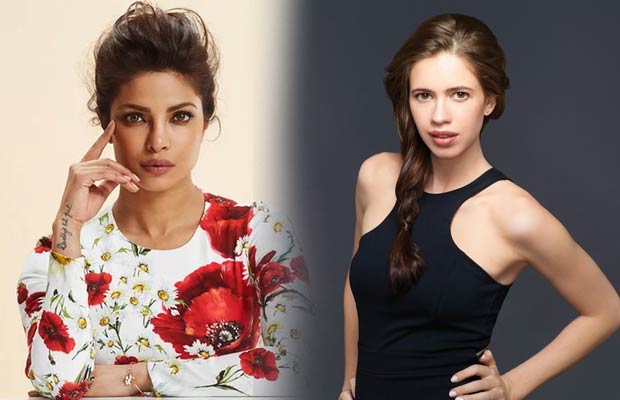 [tps_footer]Kalki Koechlin who was missing from the limelight since quite some time will now be seen in the film ‘Waiting’. The official trailer of the film is already out and marvelous. The film also features Naseeruddin Shah in main lead apart from Kalki. The actress who is known for taking up out of the box characters is also quite frank when it comes to sharing her views on various issues.

The starlet who was much in the news for her personal life too has now commented on something interesting. Kalki who likes to be the voice for issues like pay parity between actors and actresses shared that one can get more paid than a man only when you are Priyanka Chopra. The actress hinted at the fact that in order to get that kind of equality one needs to be as successful as Priyanka. Koechlin was asked about the never ending debate of unequal pay scale of actor and actresses to which she replied the stated.

Seems like, Kalki is all head over heels for Priyanka’s achievement. Kalki who won the jury award for her performance in the film ‘Margarita, With A Straw’ shared that she does not think about awards when she takes up a character and for her, work is the award. Precisely, the mind blowing actress also confessed that the film needs to do well at the box office so that more producers come out and support such films.

Kalki Koechlin who believes in concept oriented films shared that her love for theatre is still the same and it is her place to better her art of acting.

On the professional front apart from the film ‘Waiting’, Kalki is also working on a documentary.[/tps_footer]