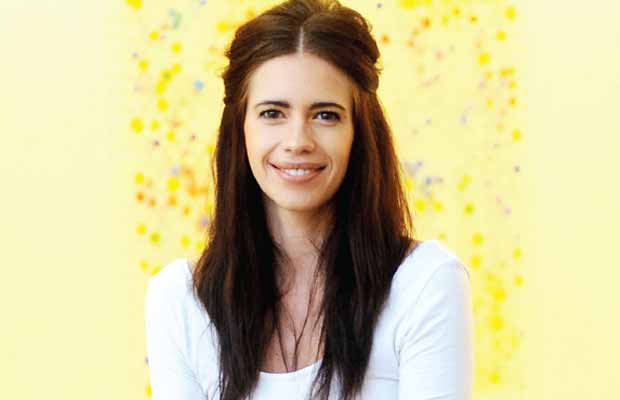 Actress Kalki Koechlin is known for her boldness and unique style in the industry. From her fashion style to her movie roles, the actress is always experimenting and is ready to justify her actions.

Now once again, Kalki Koechlin explains her recent photo shoot. The actress had done a photoshoot, baring it all. She shared the image on her Instagram account with the caption, “Half way between shadow and light by @rivabubber #blackandwhite#loveyournak*dness”

The ‘Shaitaan’ actress was attacked for the bold picture. Kalki told a leading tabloid that, “As women, we often are depicted through a man’s perspective, but this picture was clicked by a woman photographer. That’s why I found it significant to share the photograph,”

Kalki Koechlin is aware of the hate and comments on her n*ude picture and is grateful that she can now explain why body shaming is cruel on a public platform.

The actress and model believes that sharing such pictures is a step towards curbing the menace. She added that body shaming women shows how undeveloped our society still is.

Kalki admitted that it’s important to be comfortable in what you do, and wearing your personality on your sleeve. She isn’t ashamed or embarrassed about her body and isn’t apologetic in any way about the photoshoot.

“I think it’s important to celebrate who you are and your body rather than ponder about what the world will think. I have always believed in the idea of wearing your personality on your sleeve. I have never been ashamed of whatever I do,”

Other than her modeling, Actress Kalki Koechlin will be in a movie with Richa Chadha title ‘Jia Aur Jia’. The movie covers a road trip of the two girls and how it defines their lives. Both the actresses share the same name and thus begin their crazy trip. Actor Arslan Goni is also seen in the movie.

Kalki Koechlin revealed that she would love to do commercial films but not many scripts catch her eyes. “There’s a perception that I am choosy, but I actually say yes to most scripts that come my way, provided my role adds to the story. People feel I don’t do mainstream cinema. But frankly, I haven’t been offered any good commercial film that has caught my interest, or one I feel is important enough for me to invest my time.”