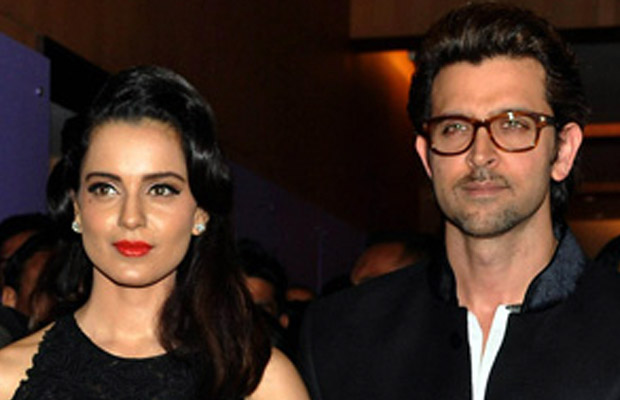 [tps_footer]Bollywood stars Hrithik Roshan and Kangana Ranaut, who had worked together in film Krrish 3, have had to dodge on dating rumours from quiet some time. It was rumoured that the two were dating each other since the time they came together for their film Krrish 3 and also at the same time Hrithik’s marriage with Sussanne Khan was on a verge to end.

Well, taking at a dig on the rumours once again, Kangana Ranaut was asked if Hrithik Roshan was responsible for her exit from upcoming film Aashiqui 3. Reportedly, the actress bluntly and straight forwardly responded saying, yes, and there are many lame rumours doing rounds, and that many could tell where these rumours are coming from. She then said she didn’t know why exes do silly things to get their attention. She concluded saying that for her that chapter is over and she does not dig graves.

However, Kangana has now made it pretty clear on her past relationship with Hrithik Roshan!

On the work front, the actress is busy with the shootings of her upcoming film Rangoon which also stars Saif Ali Khan and Shahid Kapoor in the lead roles. The film is all set to release this year![/tps_footer]