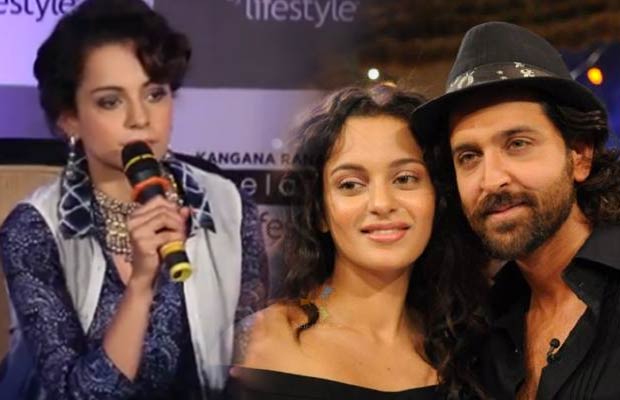 [tps_footer]Kangana Ranaut and Hrithik Roshan‘s secret affair was no more a secret after Kangana addressed Hrithik as her ‘silly ex’. Since past few days, their secret love affair had become a subject of discussion for everyone. The two even slapped each other with legal notices and accusations.

While their ex-relationship was being the talk of the town, both Hrithik and Kangana chose to stay mum to the media over their ugly fight. But finally, now Kangana has chosen to speak about the same and in an interview with a leading daily the actress opened up about the controversy.

Recently, Kangana was asked about her legal and personal problems grabbing all the attention. To which she replied saying that each and everyone’s life is like that and her life is no different. “I have always said that life cannot be flat grass. There will always be night after day. It’s a cycle. So something bad will happen and it will combine with something nice and you will rise again. That’s how life is. Everyone’s life is like that and my life is no different. It’s just that my stories get published all over the place,” Kangana reportedly stated.

On the work front, Kangana Ranaut is on cloud nine as she bagged National Award under the category of ‘Best Actress’ for ‘Tanu Weds Manu Returns‘. The actress is also busy shooting for her upcoming film ‘Rangoon‘, which also stars Saif Ali Khan and Shahid Kapoor in the lead roles. Directed by Vishal Bhardwaj, the film is set to release this year in September.[/tps_footer]