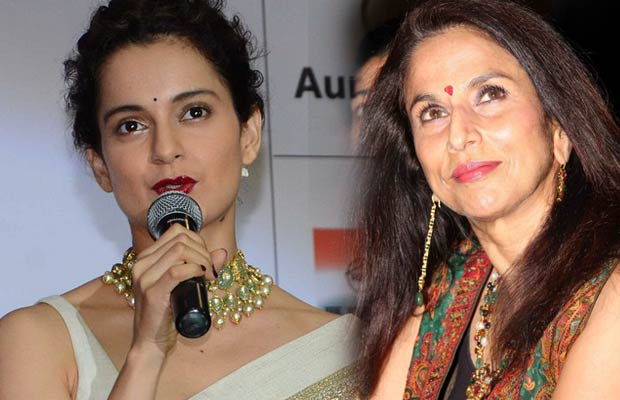 [tps_footer]Celebrity writer Shobhaa De had criticized the Indian athletes with her tweet, saying that their aim was only to click selfies and return without any medal at Rio Olympics 2016. This tweet of Shobhaa De left many angry and Twitterati also slammed her for making such statement. Even actress Sonam Kapoor took to her twitter to hit back to Shobhaa De for her disgusting tweet. 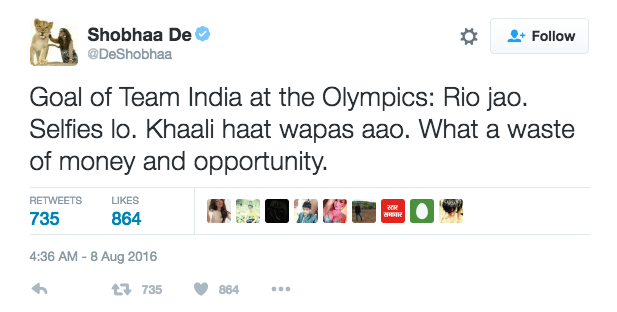 After Sonam Kapoor, now Kangana Ranaut has expressed her anger over the same. The Queen actress said that Shobhaa De’s tweet was disturbing and disheartening. Yesterday, at the launch of a short film on Swachh Bharat Abhiyan, she was asked to comment on the matter.

She said, “It is a very disturbing thing to say to people, who are representing us. It can be also a very personal opinion but being such a credible author and a powerful woman who people look up to, for someone like that saying this is disheartening.”

The actress also said that all the athletes should not be disappointed and that they should  try their best. “It is not a good news, for sure. I hope our athletes don’t get disheartened and we need to do our best,” said Kangana.

After being lashed out by everyone on social media, Shobhaa De came up with a twisting tweet, by putting the blame on the officials. She tweeted, “Official apathy main reason why we fare so poorly during every Olympics, not just Rio. Difficult for athletes to ‘compete’ with this hurdle.”