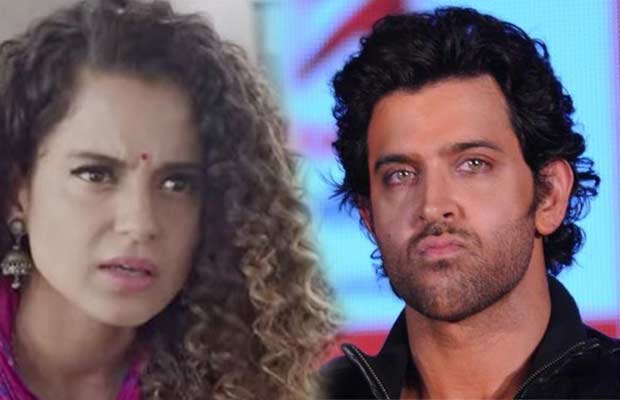 Kangana Ranaut and Hrithik Roshan are back in news and this time we’re not shocked. Having made controversies last year, the two are back again. This time it’s another turn from the centre of attention, Kangana.

Last year the two didn’t seem to stop at all. It was after the release of Mohenjo Daro that the CBI officials finally closed down the case. They gave a null and void result. Since then, the two were silent. Even though Kangana passed indirect comments, it seem to be out of everybody’s league and matter of interest.

But looks like there is something fishy now. Kangana Ranaut commented again on Hrithik Roshan. She said, “I was dragged to court for being who I am. I was restricted to a relationship that was (carried out) behind closed doors and I fought it fair and square. People (can) talk rubbish, but they can’t decide how I lead my life. I felt stigmatized. I would wake up to (media reports) of hideous mails, which I hadn’t written.’

She further said, “I am a certified screenwriter from the New York Film Academy and I don’t write such crap.”

She also added, “bold, stubborn women, who are achievers, are desirable only to those who are strong and assured. (For some men) it’s frightening to handle a woman who can speak her mind. Thankfully, that’s not true of everyone. Courage is often endearing and rare.”

Now, this is no surprise to Kangana Ranaut fans. She has always passed comments over Hrithik Roshan. Hrithik Roshan came back on screen with Kaabil and there was no doubt about Kangana talking about the Krrish co-star.

At one end where Hrithik Roshan is trying hard to maintain silence and calm maintaining the dignity of the case, the other end Kangana seems to stop nowhere.

No wonder when will this take a final break.