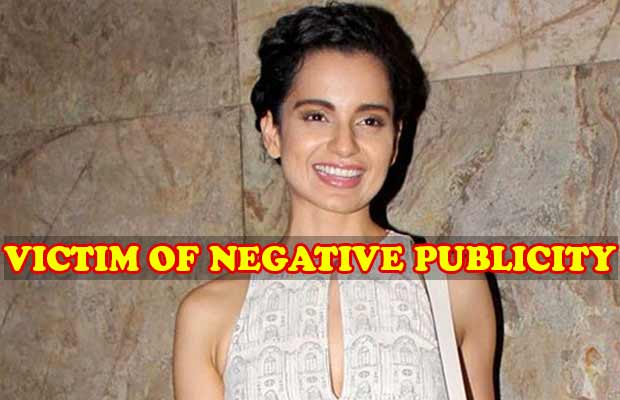 [tps_footer]Kangana Ranaut is highlighted in media way too much. But the sad part is that she is highlighted for the bad reasons. As we all know about the Hrithik – Kangana issue and how their emails and private pictures were leaked in media. After that Kangana has been criticised a lot and people have somehow just sidelined her professional life and now are just focused on what’s happening in her personal life. Kangana has too many feathers on her hat as an actress, but some controversies are just trying to sabotage her career. Let it be Hrithik controversy or fake feminist statement. The Queen’ actress was in the news for  being ‘mentally unsound’ and even her claims of being the highest paid actress in B-Town were questioned.

On this Trade analyst Vinod Mirani told the portal that only the audience holds the power to make or break the career of an actor. He further added, “Yes Kangana has been in the news for controversial reasons, but this has only got her into the limelight. Visibility is important, be it good or bad. No wonder even after all the negative drama, she has successfully managed to sign new films and brands. Overall it has all fallen into her own stride.”

We really like Kangana for her work. Which Kangana Ranaut film is your favourite tell in the comments below.[/tps_footer]