Kangana Ranaut is riding high on her professional success. She recently finished shooting for Hansal Mehta’s Simran and soon will start shooting for her next film which is based on the life of the queen of Jhansi – Rani Laxmibai. The Queen of Bollywood is diligently prepping for the role and has already started practising horse riding at the Mahalaxmi race course in Mumbai.

A picture is going viral on social media. This could possibly be the first look of Kangana Ranaut as Rani Laxmibai. A sketch of the actress as Rani Laxmibai, the character she plays in the film titled ‘Manikarnika’, has been shared on social media by fan clubs of the actress. The fan club that operates under the moniker ‘Team Kangana Ranaut,’ shared an image and captioned it: “The conceptualises sketch. We got hands on from the workshop session of Manikarnika – The Queen of Jhansi.” 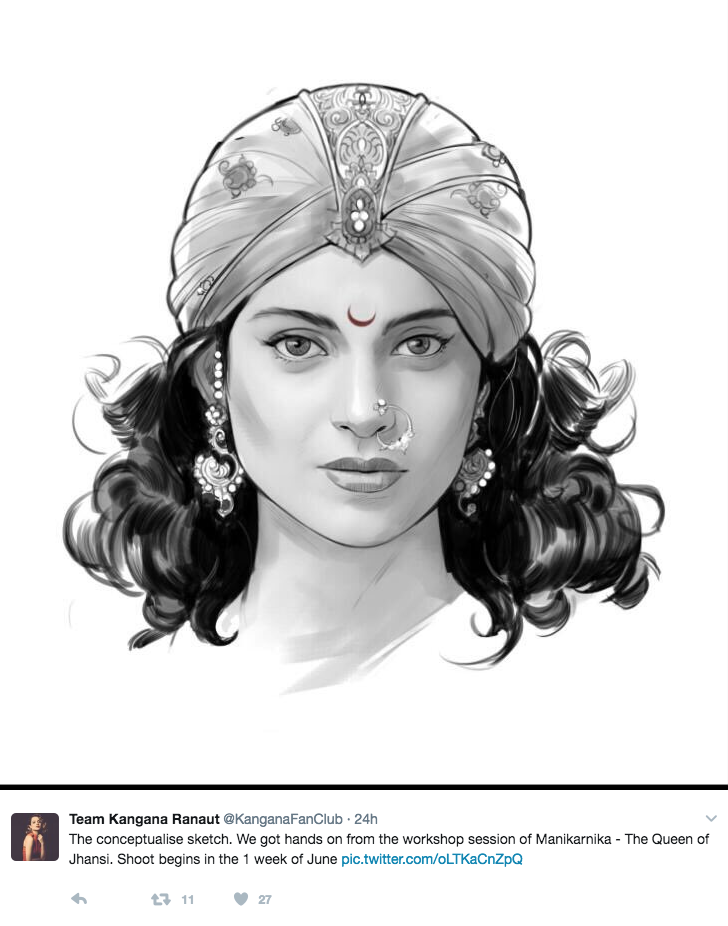 The Rangoon actress has already shot for the first poster last month as per reports. The film was earlier reported to be helmed by Mangal Pandey director Ketan Mehta but now will be directed by Krish.

The story of this period drama based on Jhansi’s celebrated historic ruler Rani Laxmibai, who also had a pivotal role in the Indian Rebellion of 1857, has been penned by SS Rajamouli’s father KV Vijayendra Prasad who has written movies like Baahubali and Bajrangi Bhaijaan.

Manikarnika – The Queen Of Jhansi will be Kangana Ranaut’s period drama film after Rangoon.