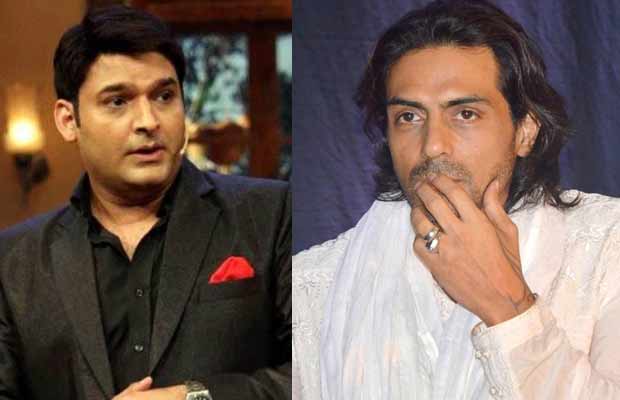 Kapil Sharma once again sends his guests back without shooting for the particular episode of ‘The Kapil Sharma Show’. According to reports, Kapil Sharma did not turn up on the sets despite the guests of his show- Arjun Rampal and Aishwarya Rajesh being all ready for the shoot, waiting for him to arrive.

As per the report in SpotboyE, Kapil was feeling unwell and so he couldn’t shoot for the particular episode with Arjun Rampal for his upcoming film ‘Daddy’. After waiting for some time, Arjun Rampal and Aishwarya Rajesh returned back from the sets of ‘The Kapil Sharma Show’ after knowing Kapil is not coming for the shoot due to bad health.

Well, this is not for the first time that Kapil has canceled the shoots. Earlier, Kapil Sharma canceled his shooting with Shah Rukh Khan and Anushka Sharma for the promotions of their film, ‘Jab Harry Met Sejal’

Later, Kapil Sharma made tMubarakan team wait for hours and hours by citing his health issues. After waiting for long, the star cast of the film left when Kapil Sharma did not arrive on the sets of “The Kapil Sharma Show” for the shoot. The shooting for the episode was rescheduled.

Just recently, “The Kapil Sharma Show” contract got renewed by channel Sony Entertainment Television for a year again. Happy with the renewal of his contract, Kapil said in a statement: “I am deeply touched with the warmth and love the audience has showered on us over the years. It’s their belief and undying devotion that encourages us to continue to reinvent ourselves and bring smiles to every household week on week.”

“I am grateful to Sony Entertainment Channel for believing in me and our show and supporting us in creating and bringing unlimited entertainment to every household every weekend,” he added.