Karan Johar becomes a father and many fans have congratulated the director on Twitter.

Bollywood director Karan Johar has become a father to twins, a boy and a girl through surrogacy.

Karan Johar’s babies were born in Mumbai’s Masrani Hospital, in Andheri on February 7. The babies have been registered by the names Yash and Roohi. It mentions Karan Johar as the father, while there is no mention of the mother’s name.

This news has taken fans by surprise. Twitter is filled with congratulatory notes and best wishes to Karan Johar. Apart from close family friends, Bollywood celebs, even fans have wished him on twitter.

We are really excited and wish Karan Johar all the best. Do leave in a message for the director here.

Take a look at some tweets.

His movies now let me relive 90/2000 movies so Yash & Roohi, y’all better grow up fast so papa can go back to work!Jk Congrats @karanjohar https://t.co/9Sd9d2Tt1d

@karanjohar congrats karan am so happy for you God bless Roohi&Yash? i know you will be a great & responsible father

@karanjohar congrats, hope u bring them up with love and give them qualities that u have may be more than that

@karanjohar Many Many Congratulations…no doubts that you would be a great father and friends to your Children…..

@karanjohar congratulations sir.. this is a very good news ?
Can’t wait to see both of them Yash and Roohi..

I can’t wait to see those cutieess!! I m sure @karanjohar will be an good and best father for them! https://t.co/RJhIVkb7B9 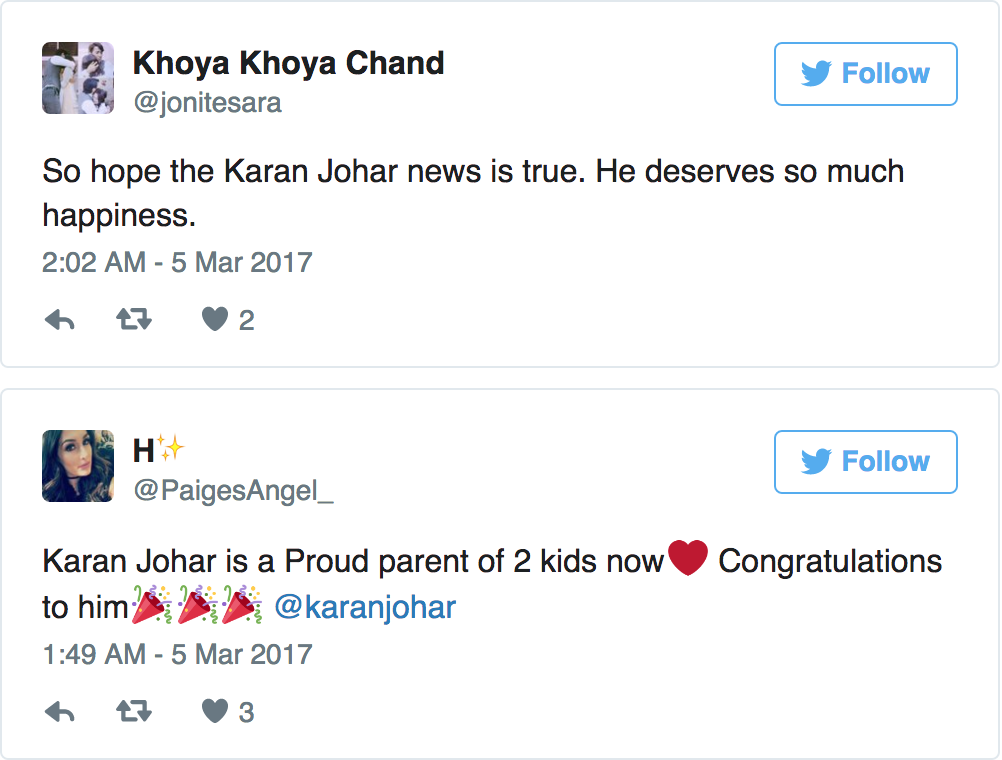 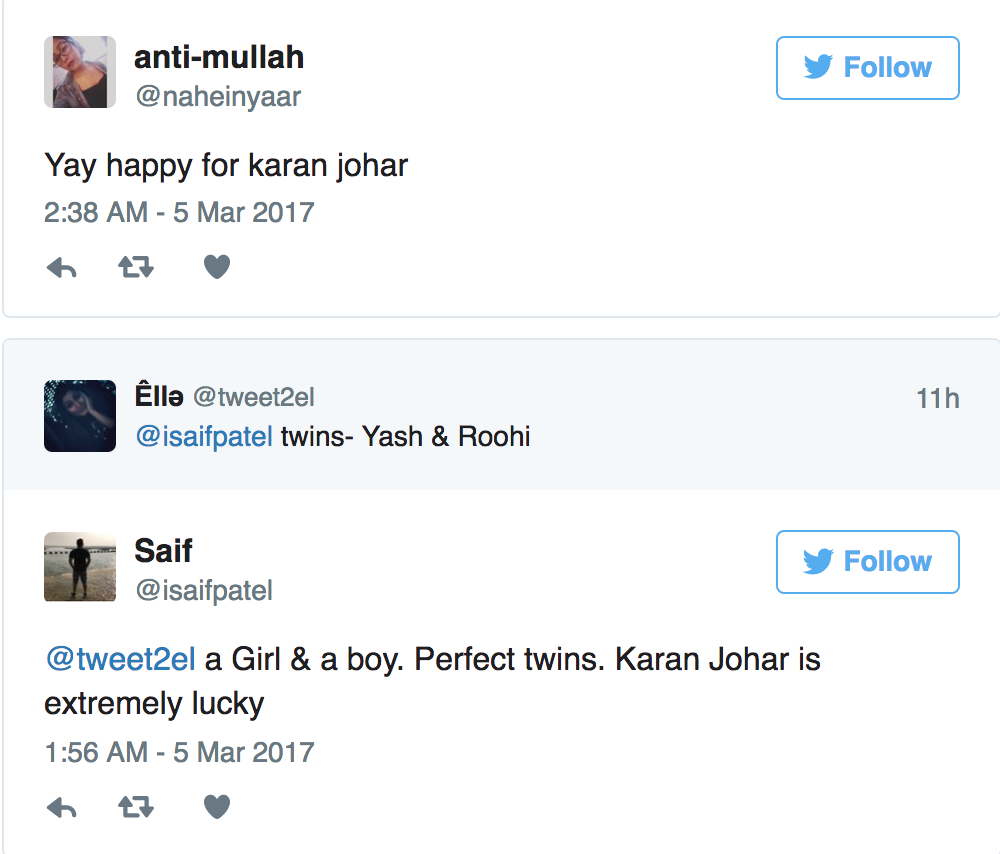