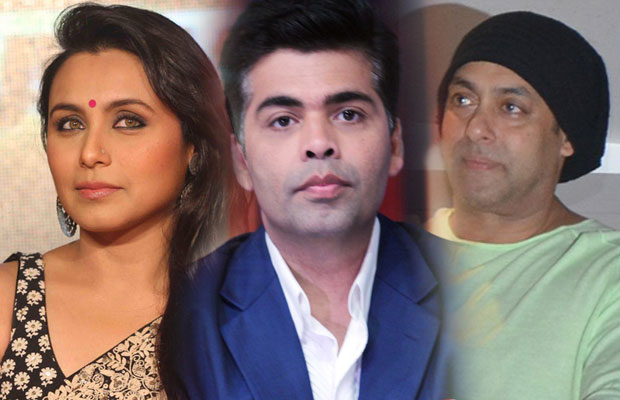 Every person in the world, big or small, has experienced his share of struggle. No person has ever escaped from it, not even star director Karan Johar.

The famous filmmaker recently revealed how he once had to ‘beg’ in his life.

Well, he didn’t literally mean ‘beg’ but indeed had a tough time pestering actors to act in one of his movie, which coincidentally, turned out to be massive hits.

Well, the actors in concern are none other than Rani Mukerji and Salman Khan and the film is everyone’s favourite ‘Kuch Kuch Hota Hai.’

At a recent event the director attended, he told reporters that, “I had lot of trouble while casting for Rani Mukerji’s part in ‘Kuch Kuch Hota Hai’. I had approached eight heroines and no one agreed (for the role). (I had) given a romantic narration but no one responded. I became like a beggar.”

“Even for Salman Khan’s part (in the movie), I had to roam here and there. Finally, it all happened. I had to literally beg Salman and Rani to be on board,” he said.

Karan even joked that he was so frustrated being turned down by every actor that he even considered wearing a short skirt himself and playing the role which later was played by Rani.

The problem was solved only when Karan’s friend Aditya Chopra and Shah Rukh Khan suggested the actor to cast Rani.

“I went to Rani who was then going to do ‘Ghulam’. It was suggested to me by Shah Rukh Khan and Aditya Chopra. They both recommended Rani’s name after looking at a particular expression of her in ‘Raja Ki Aayegi Baraat’. We wanted a known face for Rani’s part as she dies in the beginning (in the movie), but that did not work out,” he added.

The roles were finally accepted by both the actors the film eventually turned out to be a smashing hit. Starring the popular Jodi of Shah Rukh-Kajol in the lead, the film had Rani in a supporting role while Salman had an extended guest appearance.