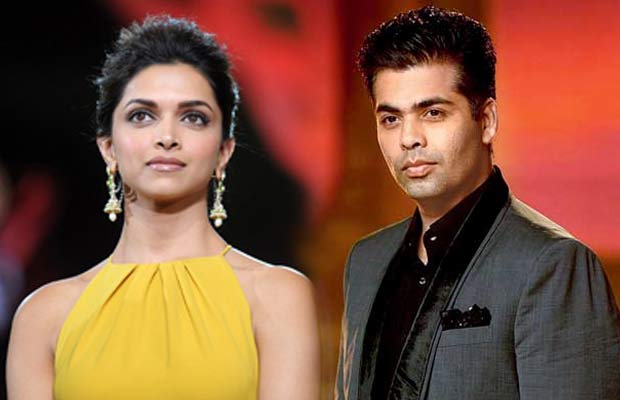 [tps_footer]Wowww !! If this is true, then we have something tooooo amazinggg to look forward too. It will be just great to see Deepika Padukone starring in Karan Johar‘s next movie. Although, Karan didn’t reveal in which movie he will be casting our super sweet and talented Mastani. But has confirmed her presence.

Karan Johar and his followers can’t wait for his Koffee With Karan next season. He has been going on with weekend sessions of KWK on twitter with his fans and followers by answering their questions. One of his fans asked Karan,

It’s in the news that Kjo will be coming back with Student Of The Year sequel which earlier had Varun Dhawan, Alia Bhatt and Sidharth Malhotra. Karan gave a terrific launch pad to all the three newcomers in the industry and sailed their boat to a blockbuster hit. So, is Deepika going to play a student character ?? Or a hot, ravishing teacher role ?? Or is it a new project that is still kept undercover ??? Just one confirmation and the speculations have started.

Waiting for Deepika Padukone to star in Karan Johar‘s movie and make a big come back to Indian silver screen after giving a super hit and a masterpiece to cherish, Bajirao Mastani.[/tps_footer]