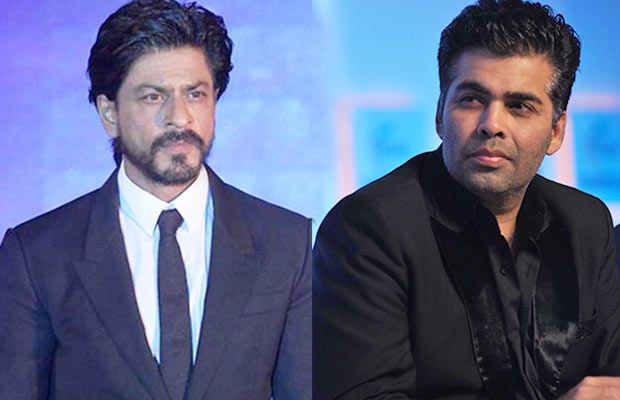 Karan Johar‘s autobiography is making news even before its release. Firstly, the s*xual orientation, then the breakup with one of his oldest friends Kajol and then here is something new now. His another oldest friend Shah Rukh Khan.

When Karan Johar and Shah Rukh Khan broke apart long time ago, they made headlines. After all they broke off even after being so close to each other. But later patched up and took the path to friendship again.

In his bio, An Unsuitable Boy, Karan Johar wrote about the ups and downs he had with his two decade friendship with Shah Rukh.

In one of the chapters, this is what he wrote,

“When two people are so close. When they have done six feature films together and then haven’t worked together on the set for a while there is bound to be a gap. That is the way the industry is. Shah Rukh is a very possessive person. He is a possessive friend. I think I may have hurt him when I made a film without him. And I think I got hurt because when I did, I felt he didn’t give me that paternal or fraternal feeling that I had from him otherwise. I think we were two hurt friends for no reason,”

Karan Johar further explains, “There was a simmering silent, respectable distance between us. But, there is also an equal amount of love and affection we have for each other. That’s never going to go. He can ask me for anything and I will do it… There is a big layer of love and respect still, and no one can come in the way of that.”

Talking about how he cleared off the distances, Karan Johar said “When the origin of the friendship is so strong, it just cannot die. I’ve not allowed to either, and neither has he. It happened organically. We met at Deepika’s party celebrating Piku’s success at one point when we were talking, we looked at each other I hugged him instinctively and said, ‘I’ve missed you’. And he said, ‘You’ve no idea how much I’ve missed you.’ We had this moment.”

Writing about his fallout with Kajol, this is what he added,

“When I had a fall out with Kajol, the first call I made was to Shah Rukh. He came to meet me, spoke about it to me. Then I called Adi and we discussed it. My instinct was to call Shah Rukh first. He had nothing to do with the problem. But I still called him because somewhere Shah Rukh, Kajol and I have been so close,”.

Well! seeing them together since almost two decades, this is one couple we definitely cannot see breaking apart.