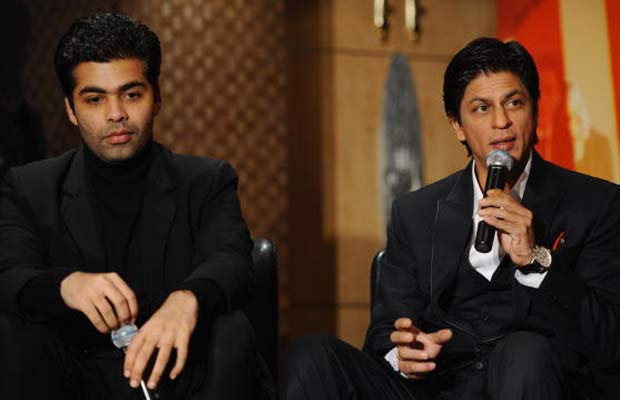 [tps_footer]Bollywood director Karan Johar recently launched his autobiography named ‘The Unsuitable Boy’ at Jaipur Literature Festival. At the launch of his autobiography event, Karan Johar for the first time shared about his friendship with Shah Rukh Khan and the bonding he has with his family.

Karan Johar and Shah Rukh Khan always shared a good bond and moreover anything the two have given great films together. Their years and years old friendship have always grabbed many eyeballs when the two have always come together for the films. But just like any other relationship, their friendship also saw few ups and downs.

Speaking on the same, Karan Johar candidly opened up saying, “Shah Rukh Khan is very much a part of my family. He hasn’t fallen on the wayside. Shah Rukh, his wife and three children will always be family and a large part of my life. I don’t deny there have been ups and downs. But this connect is so strong, the love that I have for him and his family his very strong. All relationships have ups and downs.”

Well, Karan Johar has spoken his hear out for the first time ever on his friendship with Shah Rukh Khan and the emotional bonding he has with his wife and children. What do you all think on the same?

Meanwhile, Shah Rukh Khan and Karan Johar’s Dharma Productions’ are coming together almost after a gap of five years, the last one was ‘My Name Is Khan‘ which released in 2010. The two are coming together for Gauri Shinde’s next which stars Alia Bhatt and SRK in the lead roles.[/tps_footer]