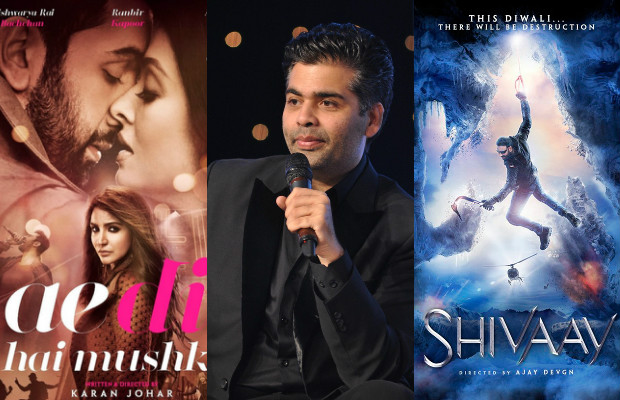 When two big movies await a clash at the box-office for release, it doesn’t happen without any drama. Since the announcement of Ae Dil hai Mushkil and Shivaay releasing on the same date all kinds of things have been speculated and spoken about.

Recently at the Jio MAMI press conference when the director of ADHM, Karan Johar was asked about the pressure of the clash between ADHM and Shivaay, he responded in his trademark cheeky way and said it’s like asking him about his early morning problems. He retorted asking if anyone knew the amount of pressure he was under!

ADHM stars Ranbir Kapoor, Aishwarya Rai Bachchan, Anushka Sharma and Fawad Khan as central characters and Shivaay does not only star Ajay Devgn but is also produced under his banner.

Earlier this month Devgn claimed that Johar had paid the self-proclaimed critic Kamaal R. Khan aka KRK 25 Lakhs to talk foul about Shivaay. This unfolded when KRK suggested Shivaay should change its release date to save face. Devgn later posted an audio clip of an alleged telephonic conversation between Shivaay producer Kumar Mangat and KRK as proof to the happenings.

We have to wait and watch to see which movie does better than the other at the box-office! Both the movies are set to release on October 28, 2016.