The TV actor turned Bollywood actor Karan Singh Grover is now happily married to the actress Bipasha Basu. The lovey-dovey couple keeps sharing some of their adorable moments on the social media. Whether it is their vacations abroad or any party in town, both of them look so much in love with each other!

But before marrying Bipasha, Karan was married to the TV actress Jennifer Winget. Both of them had met on the sets of their show ‘Dill Mill Gayye’ after which they fell in love and got married in 2012. Unfortunately, their relationship did not last long as they parted their ways in 2012.

Jennifer is quite active on the picture sharing site Instagram and keeps her fans updated about her life and work. She keeps sharing some of her amazing clicks.

Recently, she posted a collage of her pictures captioning it as, “Before calling the shots, come the many moods of JW. Perplexed, Pensive, Perfecting and Poised.”

Before calling the shots, come the many moods of JW ?. Perplexed, Pensive, Perfecting and Poised

What was interesting to note that her ex-husband Karan also liked her picture. But very soon he unliked it as well. We wonder what made Karan do this! 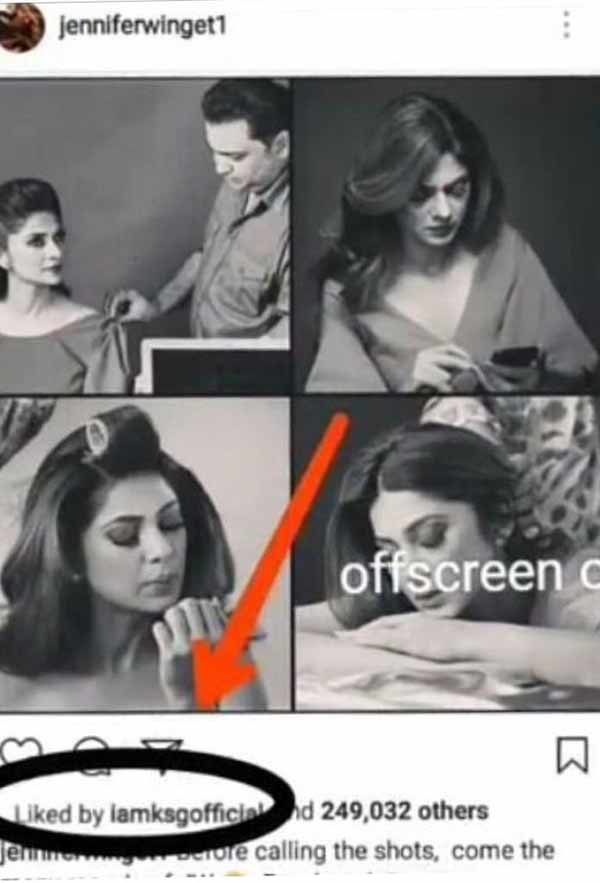 In a recent interview with a daily, Jennifer had expressed his feelings on her relationship with Karan. She had said that she does not hold any grudges against him. She also said that she had given her best to her marriage.

Jennifer Winget is currently working for Sony Television’s daily soap ‘Beyhadh’ which is being immensely loved by the audience. Her sizzling chemistry with Kushal Tandon is something that everyone loves about the show.