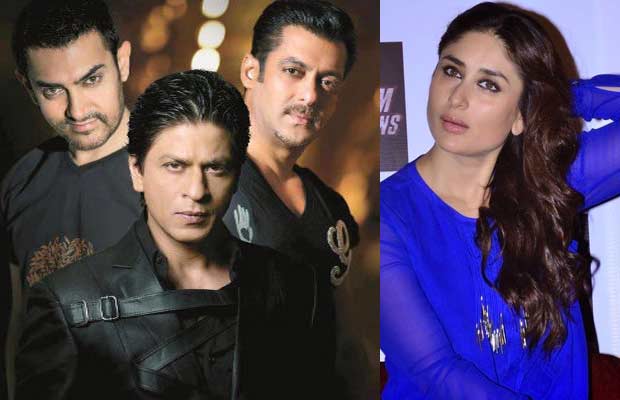 Kareena Kapoor Khan will be dancing to all her hit songs with the Salman, Shah Rukh and Aamir.

Bollywood actress Katrina Kaif had faced injury on the sets of Jagga Jasoos. So Kareena Kapoor Khan has replaced her for upcoming Zee Cine Awards. Apparently, Katrina was quite excited about her performance at the Zee Cine Awards. But because of her injury, she had to back out at the last moment.

Kareena Kapoor Khan is taking the centre stage to perform at Zee Cine Awards after Katrina Kaif opted out.

Kareena would be grooving to all her hit songs with Salman Khan, Shah Rukh Khan, Aamir Khan and hubby Saif Ali Khan. Reportedly, her performance is said to be a tribute to the Khans with whom she has worked.

When asked about her performance, Kareena Kapoor Khan said that she is quite excited for her performance. She is also currently rehearsing on it. Calling it her best phase of her life, Kareena said that she feels extremely special being a part of the awards show. The hottest mommy is all set to take centre stage and we are pretty excited.

The awards show is scheduled today in Mumbai to be be attended by who’s who of the B-town. The performance line up also sees young stars Varun Dhawan, Alia Bhatt, Tiger Shroff and others.