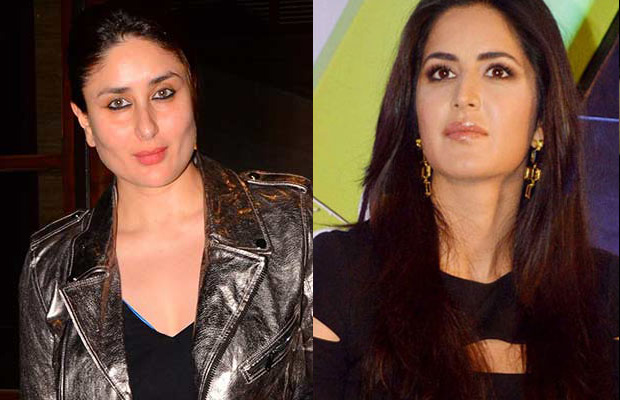 Bollywood actress Katrina Kaif is currently busy with the final shooting of her film Jagga Jasoos opposite Ranbir Kapoor. Along with the shooting, the actress was also gearing up for her dance performance in the upcoming Zee Cine Awards. Apparently, Katrina was quite excited about her performance at the Zee Cine Awards, but something unfortunate happened. Because of which she had to back out at the last moment.

According to reports, Katrina Kaif was injured on the sets of the film and has hurt her back badly. Reportedly, the doctors have asked her for strict bed rest and avoid any strenuous physical activity or exertion. This injury of the actress has yet again stalled Jagga Jasoos. The Bang Bang actress is quite upset with the same and is currently recovering. We wish a speedy recovery to the actress and hope she is back with the bang.

Meanwhile, reports are doing rounds that Kareena Kapoor Khan is taking the centre stage to perform at Zee Cine Awards after Katrina Kaif opted out. The new mommy, who recently walked the ramp and also turned out to be a brand ambassador for International TV show, is all set to perform to a medley of some latest chartbusters.

Kareena’s performance post pregnancy is expected to be huge and entertaining. How excited are you?