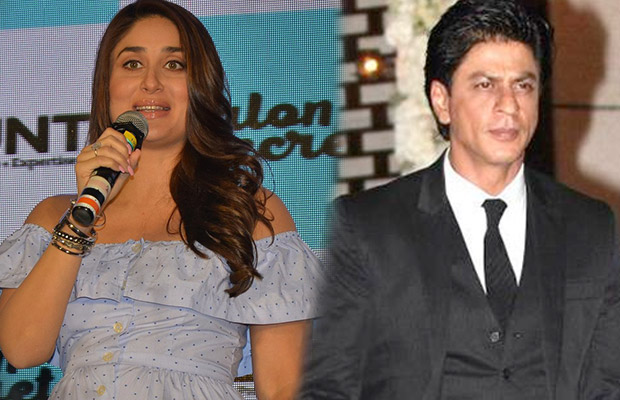 [tps_footer]Kareena Kapoor Khan who is recently back after a babymoon in London was present at the launch event of BBlunt’s home hair colour range ‘Salon Secret’.

We all know during a media conference, Journalist do ask many questions some might be related to their upcoming film or the cast and some might be related to the event. And so Kareena was asked about her next venture like there is news about Kareena Kapoor Khan featuring in Rohit Shetty’s Golmaal 4. A journo asked this pretty actress that according to her who has the best hair in the Bollywood industry.

Have a look at the video

#KareenaKapoor Gave A Witty Reply When Asked Whose Hair Does She Like The Best From Actresses At The #BBlunt Conf pic.twitter.com/goGjdS9jRw

It seems this question made her thinking but then she replied Shah Rukh Khan has the best hair, Ah? Seriously?

Later she further added that many actresses add hair extensions to their real hair and we are unknown about it. OMG! Do you think this answer is true? If yes tell us which actress do you think wears a hair extension?

Talking about Kareena Kapoor Khan, this preggy actress was looking gorgeous at the launch event with her cut small baby bump. That light blue off-shoulder one piece with her new hair colour by BBlunt makes her more adorable.

On the work front, Kareena Kapoor Khan will next be seen in the film Veer Di Wedding with other co-stars Sonam Kapoor and Swara Bhaskar.[/tps_footer]