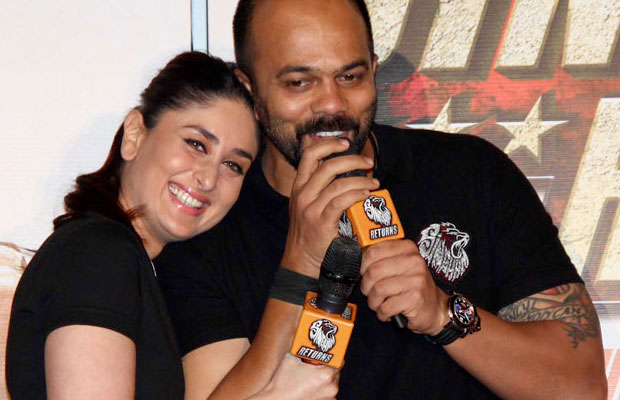 [tps_footer]Putting all speculations to end, our source has finally confirmed that actress Kareena Kapoor Khan has signed the dotted lines for the Rohit Shetty’s 4th part of the Golmaal franchise.

Bebo was initially not very sure about taking up this project. She was approached for Te3n director Ribhu Dasgupta’s upcoming flick as well. However, she put an end to the confusion by accepting Golmaal 4.

Confirming the news, the source said: “Kareena has made the right choice. She has already worked with Rohit and Ajay Devgn in Golmaal 3 (2010) and Singham 2 (2014). Also, comedy is right up her alley. The icing on the cake is, people have liked her chemistry with Ajay right from the days of Omkara (2006). So, it will be fabulous to see the trio (Rohit, Ajay, Kareena) come together again.”[/tps_footer]