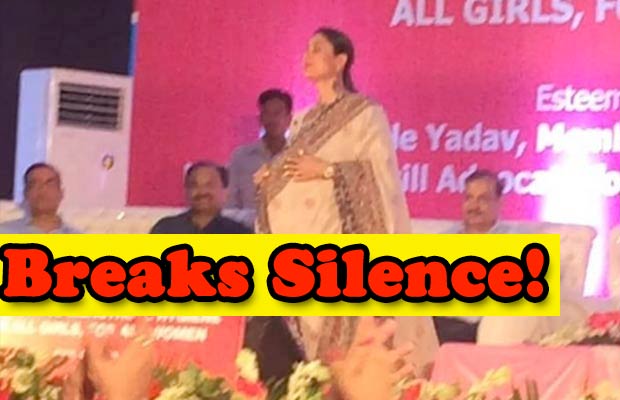 [tps_footer]Kareena Kapoor Khan is in the news for her pregnancy. Recently Kareena was seen in London, where she was spending quality time with hubby Saif Ali Khan. Some reports suggested that she is pregnant. There were many occasion on which we caught her hiding her baby bump. While Saif Ali Khan and Kareena Kapoor Khan chose not to spoke on this whole issue, father Randhir Kapoor expressed his desire of becoming a grandfather soon. Saif’s family chose not to comment on this whole thing. But now Kareena is now back in Mumbai and recently in an interview with a leading daily, she was asked about her pregnancy. To which she said, She is a woman and definitely wants to be a mother, but there is nothing as such right now.The fact that we are talking about this, makes her super excited, and she has five hidden children in London, said Kareena sarcastically.

Kareena Kapoor Khan will be a lovely mother, don’t you think?[/tps_footer]