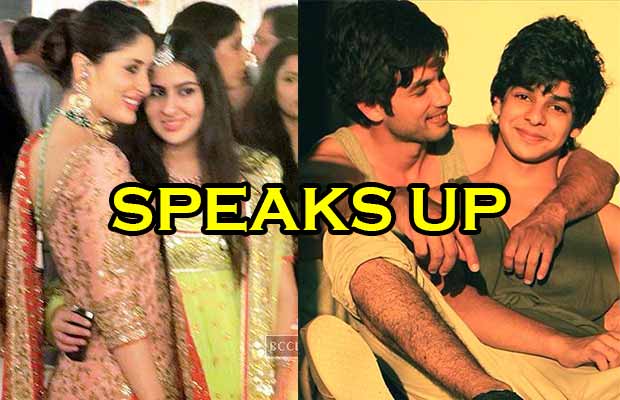 [tps_footer]Saif Ali Khan’s daughter Sara Ali Khan is all set to make her Bollywood debut soon. The star kid, who recently finished her graduation from Columbia University (New York), is back to India and is currently grabbing all the limelight. Well, if reports are anything to go by, Sara Ali Khan will make her debut in Mohit Suri’s next that will also star Shahid Kapoor’s brother Ishan Khattar.

Well, not only Saif Ali Khan is excited about his daughter’s Bollywood debut but also stepmother Kareena Kapoor Khan, who is highly being appreciated for her role in Udta Punjab, is also excited to see Sara in filmdom. In fact, Kareena Kapoor Khan is already confident about Sara.

In an interview with a leading daily, Kareena said Sara is gorgeous and that she is a perfect combination of brains and beauty. Bebo also added saying that Saif and she are very much excited about Sara and are confident that she is going to make a wonderful actor.

Now that’s something very adorable and amazing! Isn’t it? We wonder if Sara will take any tips from Kareena Kapoor Khan, who is a wonderful and versatile actress of B-town.

If things go well planned, Sara and Ishan Khattar will make their Bollywood debut soon. Recently, the duo was also spotted at the special screening of film Sairat, where many Bollywood celebs had arrived. Reports also suggest that the shooting of the film will go on floors next year and before that, the star kids will begin with their acting workshop.[/tps_footer]