Salman Khan has this unknown intrinsic power to make or break people’s career in Bollywood. For his ex-flame Katrina Kaif, he proved to be a bane. After her debacle debut film, Boom, Katrina’s career shot up high post Maine Pyar Kyu Kiya. This was a film she did alongside Salman.

The two were romantically involved in the past. But even after separating, the two have always maintained a warm and friendly relationship over the years and are also all set to work together in Tiger Zinda Hai.

After all this it doesn’t come as a surprise that the first person who came to Katrina’s mind when she was thinking of launching her two sisters in Bollywood, she contacted Salman Khan!

Yes, Katrina Kaif’s sisters, Isabelle and Sonia, have their eyes set on Bollywood and who better to give blessings for this than Salman Khan, the karta-dharta of Bollywood!!

A source was quoted saying, “Yes, Kat has asked Salman if he could launch her sisters in Bollywood and he is thinking over it. Given the relationship they’ve shared and the equation they’ve maintained till date, it won’t be a surprise if Salman actually launches them.” 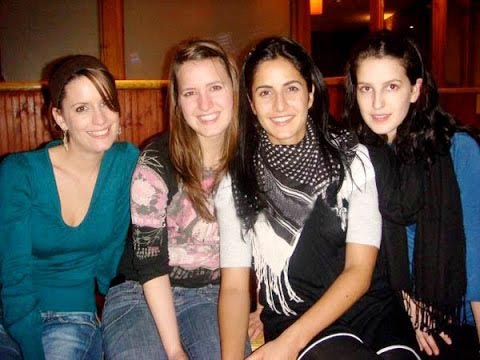 Katrina Kaif had plans of launching her sister by herself. But that didn’t materialize. Even Salman had once helped Isabelle by producing her project Dr. Cabbie. The movie however did not fare well at that time.

What do you think of this?