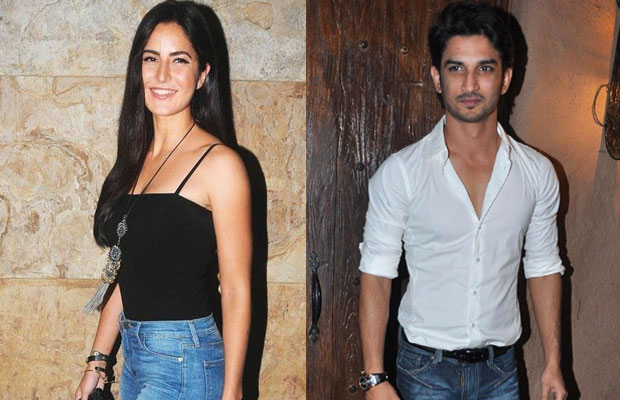 Recently Katrina was asked during a face book live chat which was hosted by herself, during which she was asked who her favorite actor is and without giving it a thought the actress took Sushant’s name.

Katrina Kaif has praised Sushant’s performance in MS Dhoni: The Untold Story and is gaga about it.
Very few people know that Katrina Kaif and Sushant Singh Rajput were to share screen space in two movies in Half Girlfriend and Fitoor which could not get eventuated.

Katrina Kaif shared, “I believe (have heard) that Sushant was very very good in Dhoni, which just released. I met my friend Gattu (Abhishek Kapoor) a few days back, who of course, was the director of Fitoor , which we did recently. And he said that he (Sushant) has done some amazing work, Congratulations there, to him.”

When Sushant came to know that Katrina Kaif is in awe of his performance, he shared in exultation that, “I hope Katrina watches the film soon, and feels the same (about my performance). I can flaunt about it in front of my friends back in Delhi”.

Sushant Singh Rajput‘s MS Dhoni: The Untold Story has been declared a blockbuster hit everywhere and has also made its way to the 100 crore club, with more than 130 crore of earnings in Indian Box Office.