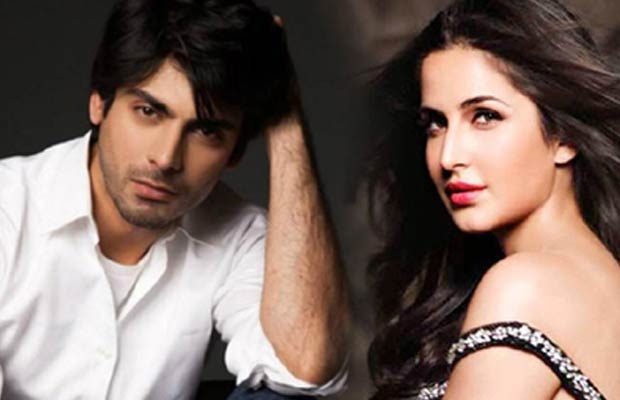 [tps_footer]Well, looks like fans are going to witness a high dosage of good looks in a film soon. Reports are that handsome hunk Fawad Khan and gorgeous lady Katrina Kaif will soon be working together.

Apparently, the duos  might share a screen in a film made under Karan Johar’s banner Dharma Productions. According to sources, debutant Aditya Dhar will direct the film. The film has no title yet. Reportedly, Fawad and Katrina will start working on the film this November. Also, the film is supposedly a Punjabi love story. Well, we all are waiting to these striking actors romancing each other.

Fawad’s last film Kapoor and Sons did well at the box office. The actor received huge acclaims for his performance in the film. He is a part of Karan Johar’s directorial Ae Dil Hai Mushkil. The film has an ensemble cast of Ranbir Kapoor, Aishwarya Rai Bachchan, and Anushka Sharma. This film will hit the screens on October 28.

On the other hand, Kat is busy promoting her time-travel love story Baar Baar Dekho. She is romancing Sidharth Malhotra in the film. The song Kala Chashma is already top on the chartbusters. Katrina looks sizzling in the entire song. Directed by Nitya Mehra, Baar Baar Dekho will release on September 9. There’s also a buzz that Kat will also be a part of her 2012 hit Ek Tha Tiger’s sequel Tiger Zinda Hai. Her chemistry with Salman Khan in the film looks promising and hence the duo can be seen together again. Kabir Khan will direct Tiger Zinda Hai.