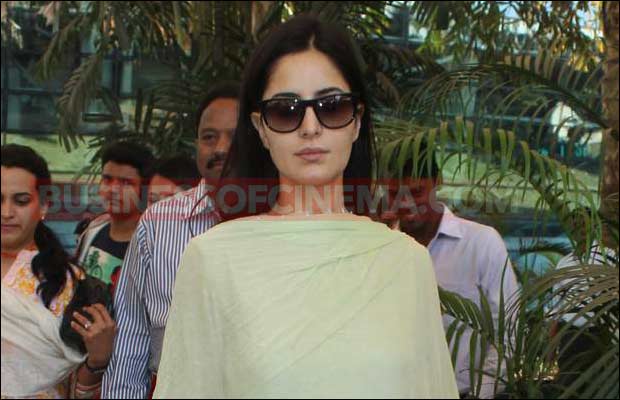 trun[tps_footer]It seemed like after completing ‘Jagga Jasoos’ and ‘Baar Baar Dekho’, Bollywood actress Katrina Kaif was speculated to do Prakash Jha’s ‘Rajneeti 2’. But, it looks we won’t see the actress in the sequel after all.

Katrina Kaif played pivotal role in the first part of ‘Rajneeti’ opposite ex-boyfriend Ranbir Kapoor. Based on the scenario in politics, the film showed some true stories from Indian political history. The film had a bunch of actors including Ajay Devgn, Nana Patekar, Arjun Rampal, Manoj Bajpayee and Naseeruddin Shah.

Filmmaker Prakash Jha, who has been scripting the sequel to the 2010 film, is uncertain that Katrina Kaif is apt for the role in his film. In an interview with a daily, Jha said that Katrina was a part of Rajneeti but he doesn’t know if the new story would suit her, whether she would be a part of it or if she wanted to do it. At the moment, things are uncertain. They definitely want her to be a part of it. But, at the same time, if the character becomes completely different or something like that then it won’t be possible

The ‘Rajneeti’ director Prakash Jha has always been interested in the Indian politics. Now, his interest has developed more because current scenario in politics has become very interesting. When asked if we could give any details on the film or what kind of film it would be, he said he doesn’t know whether it will be a sequel or not. The film would be a sequel if he decides to take the story forward from whether they left it or if he would have the same characters in it.  According to Jha, the film might be slightly different. He is still not sure about it but it (the film) will be Rajneeti.

On work front, Katrina Kaif was last seen in Abhishek Kapoor‘s romantic drama ‘Fitoor’ opposite Aditya Roy Kapur that didn’t do well at the box office. Well, it seems like Katrina Kaif won’t be fit for the part Prakash Jha is writing. He is currently promoting his next directorial venture ‘Jai Gangaajal’ starring Priyanka Chopra. The film releases on March 4, 2016.[/tps_footer]