When it comes to getting deeper into a celebrity’s personal life, social media remains the best and last resort for knowing them better. After being away for a longer time from social media, the Kala Chashma girl, Katrina Kaif finally joined Facebook and posted pictures of her joining.

Ever since she came on Facebook, she has been active on it like any other usual Facebook user. Recently, the gorgeous Katrina Kaif posted a picture of her underwater in a brown bikini. Besides the picture, she captioned her picture as “There is a beautiful serenity about underwater shots”. Of course! The picture completely justifies her caption. The bold and beautiful picture in itself is an example that underwater shots are beautiful in their own way. 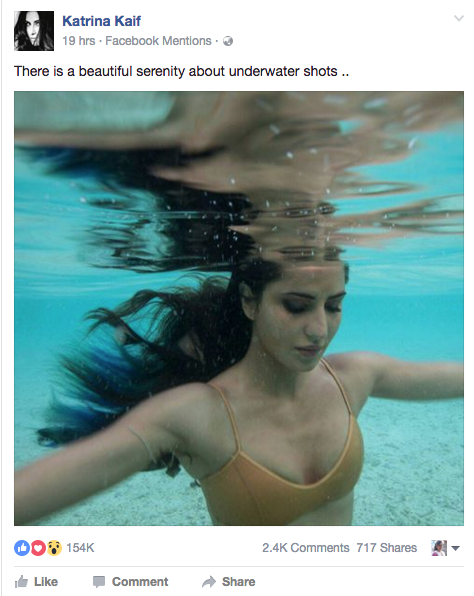