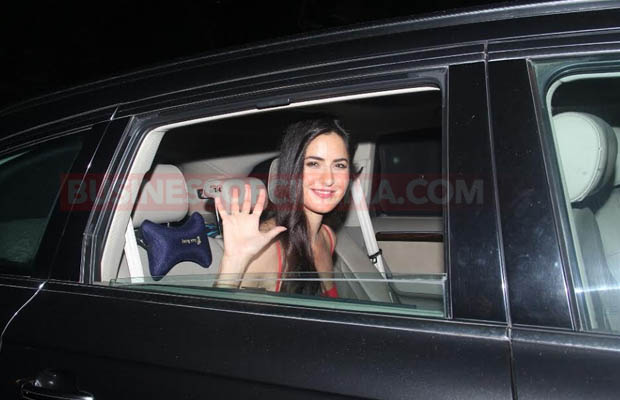 Katrina Kaif is loved by everyone in the industry alike. The actress is called to be one innocent and friendly soul who likes to spread warmth and love around her. The actress celebrated her 33rd birthday a couple of days ago. Katrina, who made her debut on Facebook the same day, was seen posing for the media on her birthday eve.

The actress’ birthday bash was a grand affair. She called in her 33rd with family and close friends from the industry. Celebrities like Kabir Khan, Mini Mathur, Siddharth Malhotra, Alia Bhatt, Aditya Roy Kapur were a part of the event to name a few.

Katrina played a very warm and cordial host and made sure that every person who came to wish her felt comfortable. Including the media.

Yes, what you heard is true! The actress welcomed the media persons cordially. She let the paparazzi click pictures of herself and the guests at the Juhu venue. She posed happily for the shutterbugs to the satisfaction of the photographers. Not only this, the actress also engaged in a very heart warming deed.

Katrina made sure that all the media persons were given water bottles and packets of food.

This was a very kind action of hers as there are many who pose for the media and get pictures clicked but there are hardly any people who show care towards the reporters.

This action of Katrina touched many hearts in the media. A photographer said,” It’s not about food, it’s about kindness. We stand outside stars’ houses for long hours, but no one bothers to even offer water. Katrina’s gesture was unexpected, and more than enough to brighten up our day.”