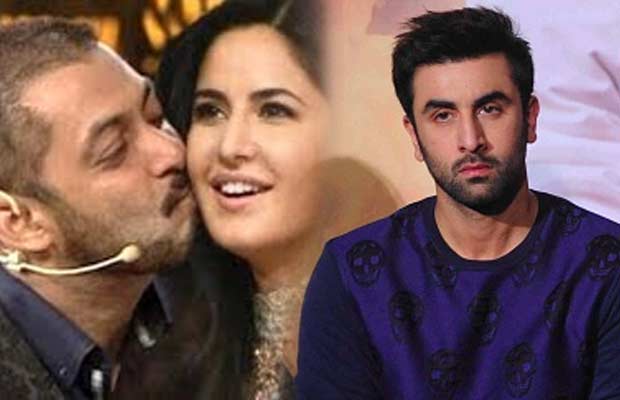 [tps_footer]Bollywood’s gorgeous actress Katrina Kaif is rigorously promoting her upcoming film ‘Fitoor’ with co-star Aditya Roy Kapur. The actress, who is leaving no stone unturned for the promotions of her upcoming film, has been also dealing with various questions on her break up rumours with Ranbir Kapoor.

The actress is staying diplomatic and silent on her break up, but on the other hand she seems to be fine talking about former love and mentor Salman Khan. Since she has split from Ranbir Kapoor, the closeness and the bonding with former lover Salman Khan is very much evident.

During a recent interview, Katrina Kaif was asked about the type of relationship she shares with Salman Khan. To which she replied saying that it is important only for the two people to know what the equation is between them, as relationship or friendship does not need to be defined.

She went ahead saying that in regards to Salman Khan, there is lots of respect between the two and that people can see it. The ‘Bang Bang’ actress also stated that for her respect is very much an important factor in any equation and there is no need to say anything more than that.

Recently, Katrina was also asked on working with Salman Khan again after their last film ‘Ek Tha Tiger’ and with no surprise, the actress confessed that she would like to. She stated saying that ‘Ek Tha Tiger’ was a special movie for her and that if there is ever a opportunity to do a film with Salman, it should match the level of ‘Ek Tha Tiger’.

Well, don’t you all think, Ranbir Kapoor should be jealous of Katrina Kaif’s sudden closeness with Salman Khan after their break up? We don’t know what might be his thoughts on the same, but we are surely waiting to see former couple Salman and Katrina back on screens![/tps_footer]