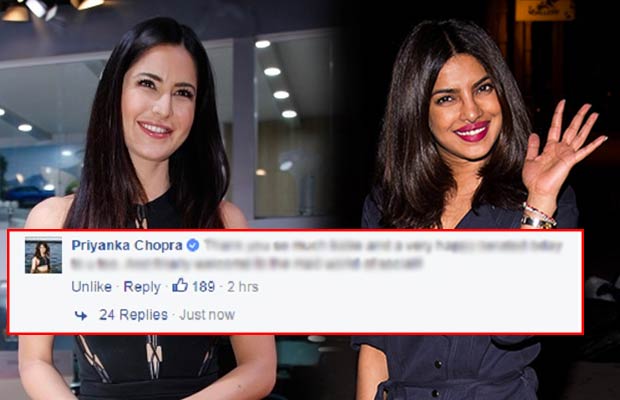 More than Katrina Kaif, other stars of B-town have been extremely excited to see the actress making social media debut. Katrina Kaif, who turned 33 on July 16, made her Facebook debut on her birthday. The actress, who was never active on any social media platform, chose to surprise her fans by joining Facebook, which happens her very first personal social media account. Since she has landed on social media, Katrina has been winning new friends with each and everyone welcoming the pretty lady.

Not only fans, Katrina Kaif also received a warm welcome on Facebook by Salman Khan. Here’s what his FB status reads, “KatrinaKaif welcome to Facebook and wishing you a very Happy Birthday. 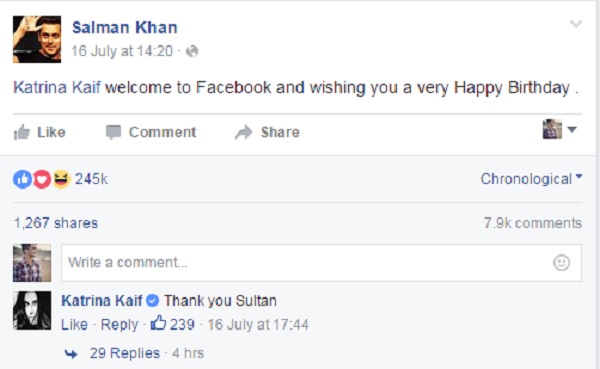 After Salman Khan, its actress Priyanka Chopra who has welcomed Katrina on Facebook. The Bajirao Mastani actress, who is currently in the US for the shooting of her show Quantico, replied to Katrina’s birthday wishes saying, “Thank you very much babe and a very happy belated birthday to u too. And finally welcome to the mad world of social.”

The other Khan who wished Katrina on her Facebook debut was her Jab Tak Hain Jaan co-star, Shah Rukh Khan. SRK took to his Facebook account and shared Katrina’s page.