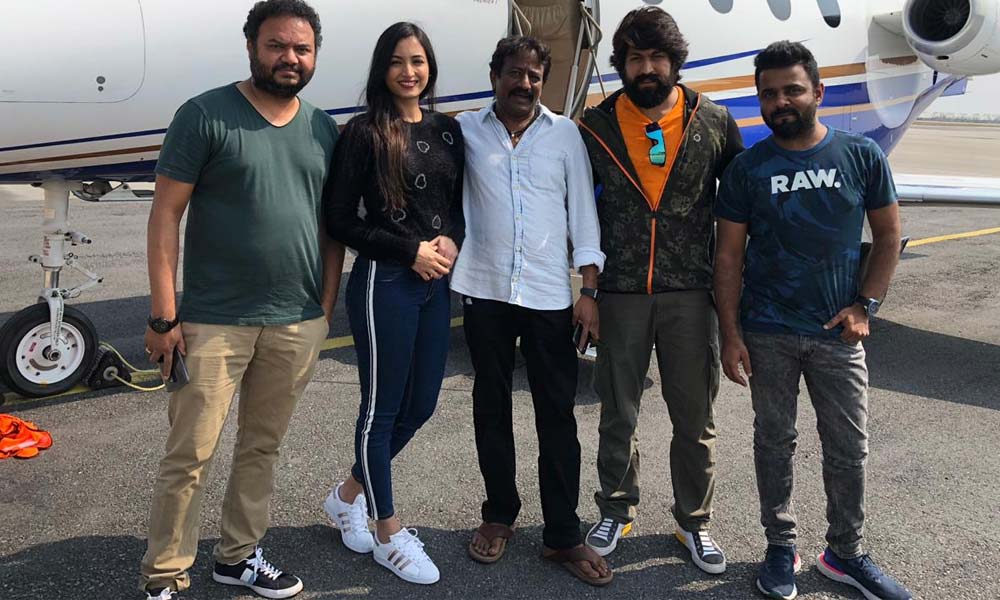 After receiving the tremendous response at box office, Lead pair of KGF Yash and Srinidhi Shetty, along with the rest of the team flew down to Hyderabad. The team not only interact with the media but also visited Tirupathi temple to seek the blessings after the overwhelming response of the film, followed by media interaction.

The much-hyped film has some brilliant technical nuances, giving the film an overall visual appeal. At the same time, it manages to balance commercial elements. Sprinkled with convincingly strong dialogues in Hindi and Kannada, the film is purely driven by south superstar, Yash. It does have instances of the class but is able to cater to the masses with equal ease.

The success of Kannada film KGF, which was released in Hindi, Tamil, Telugu, and Malayalam, has proved that audiences are keen to accept crossover content and that going beyond your core audience is the way forward.

The film in its first week, the film has seen only the upward scale in terms of the box office collection. The Yash starrer maintains it’s the grip on the box office.

The magnum opus had the widest release for a Kannada film as it was released on 2460 screens in India, out of which 1500 are Hindi, 400 are Kannada, 400 are Telugu, Tamil are 100, Malayalam are 60. KGF, which released across 2,460 screens all over the country, was produced on a budget of nearly Rs 80 crore.

KGF marks Ritesh Sidhwani and Farhan Akhtar’s Excel Entertainment’s first Kannada venture and the production house is elated to be associated with a mega ambitious project as such.